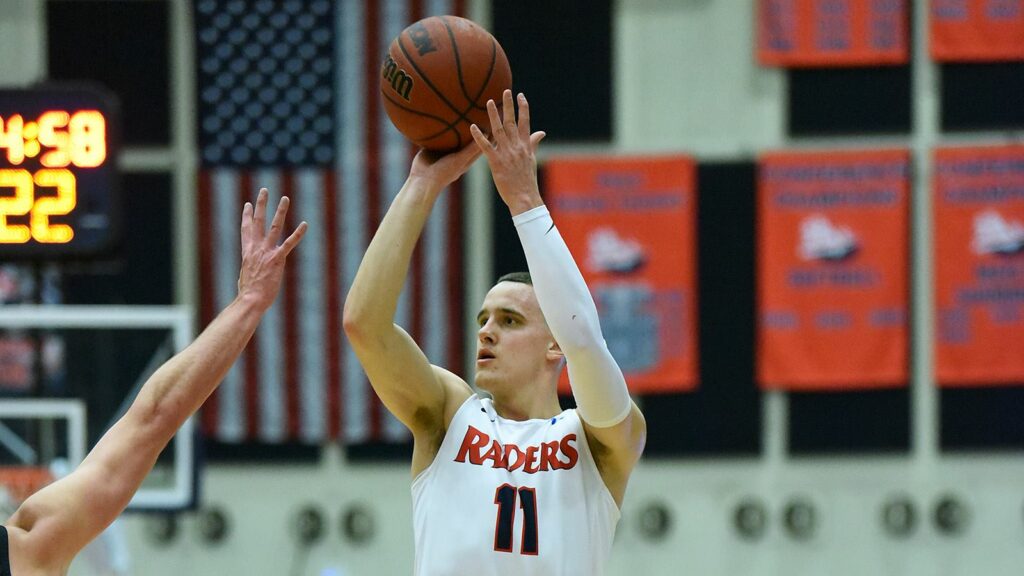 Top-ranked Pitt-Johnstown was knocked off its first-place pedestal Saturday by Shippensburg’s Red Raiders.

The Shippensburg University men’s basketball team shot 65% from the field in the second half and made a season-high 13 three-pointers to hand Pitt-Johnstown its first league loss. The team defeated host Mountain Cats, 76-62, in a Pennsylvania State Athletic Conference (PSAC) mandated crossover at Sports Center.

The Raiders also posted a 25-4 advantage in points off turnovers and produced 12 second-chance points. SU out-rebounded UPJ by a 42-28 margin.

Graduate Jake Biss (Latrobe, Pa./Greater Latrobe) led the SU offense with 20 points, which was a game high. He had a team-high five assists along with five rebounds. Biss was 5-of-8 from three-point range, including makes on his last four attempts. He made all four of his field-goal attempts in the second half.

Redshirt-junior Dom Sleva (Pittsburgh, Pa./Montour) dropped his second double-double on the season with 14 points, and a game-high 15 rebounds – finishing just one rebound short of his career high set earlier this season against Wilmington (Del.). Sleva had already totaled 12 rebounds by halftime. He added two assists and one steal.

Fred Mulbah had a game-high seven assists and put up eight points, one steal and a team-high six rebounds.