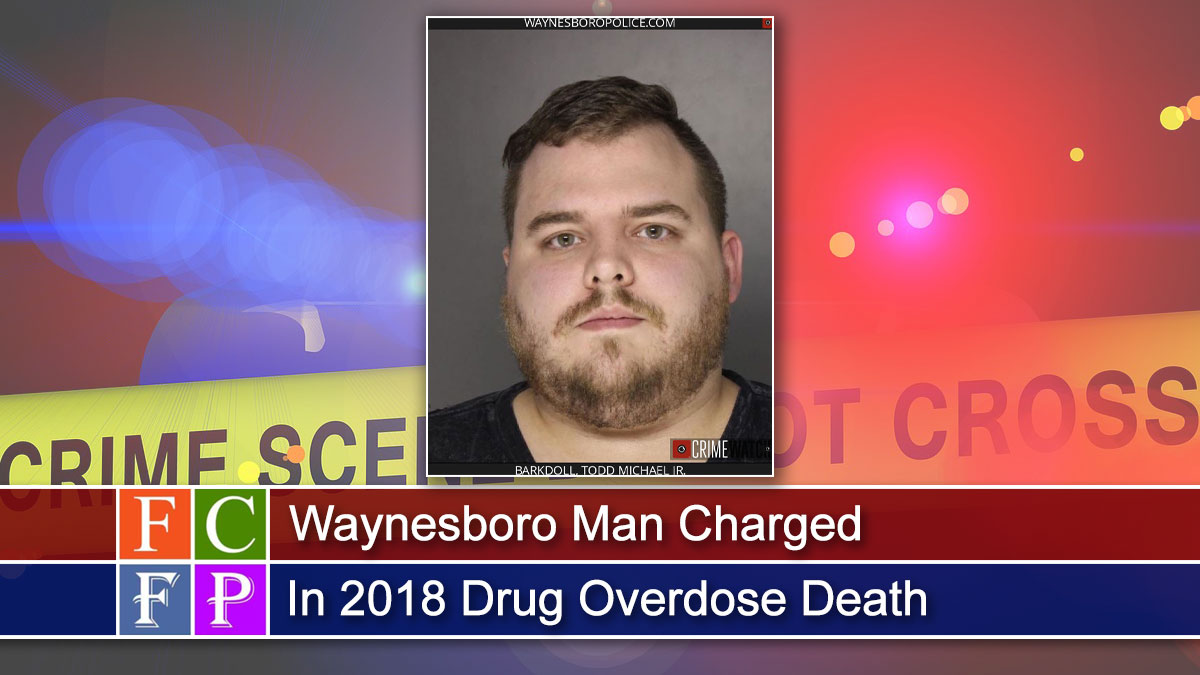 A Waynesboro man faces charges that he provided the cocaine that took the life of 48-year-old Mark Thomas last year.

The charges against him include:

Thomas died in the early morning hours of Dec. 14, 2018, of what at first appeared to be a heart attack, according to court records. An autopsy showed cocaine in his system. His death was attributed to cocaine toxicity.

During the investigation, a witness contacted the police and turned over a small blue zip lock baggie Thomas had given to the witness the night he died. The witness said Thomas was hiding his cocaine use from his wife.

The baggie had a residue of white powder in it. The powder later tested positive for cocaine, police said.

Following the controlled buys, police interviewed Barkdoll, who admitted to knowing Thomas and being “a good friend.” He said he talked to Thomas the night he died. Thomas made arrangements to buy a vape cartridge but never showed up, Barkdoll told the police.

Magisterial District Judge Annie Gomez Shockey set Barkdoll’s bail at $250,000 during an arraignment this week. He had not posted bail as of Friday.

His has a preliminary hearing Tuesday.