It’s budget season in Pennsylvania and lawmakers have just 30 days until the state’s newest spending plan comes due.

This year’s challenge, however, comes not from a lack of funds, but rather how the General Assembly will spend the $7.3 billion in federal economic stimulus it received this spring from the American Rescue Plan.

“I think we should pay the bills we already incurred instead of spending it on new programs,” said Speaker Bryan Cutler, R-Lancaster. “To be clear, we should never play with taxpayer’s money. We need to be good stewards of it and we need to save it.”

It’s a position unlikely to curry favor with Democrats or Gov. Tom Wolf. Leaders say strategic investment of the funds now will help the state move past the impacts of the pandemic.

Democratic lawmakers have even released apackage, dubbed “Pennsylvania’s New Deal,” that maps out where the stimulus should be spent. It includes a $250 million line item for hazard pay for front line workers, $500 million for job creation grants and $200 million for infrastructure upgrades like broadband connectivity and water and sewer improvements, among dozens of other proposals.

“Regardless of what you call it, there are working people across Pennsylvania that need that $7 billion to be invested, and there’s no infrastructure legislatively for it that we have seen,” said Minority Leader Joanna McClinton, D-Philadelphia. “These federal funds should not be put on the sidelines. We should use them wisely to help people all across the commonwealth.”

Yearly revenueprojectionsthrough April have exceeded expectations by $1.3 billion, according to the administration, bolstered in part by sales tax collections that have come in $530 million higher than anticipated.

Lawmakers welcome the excess after months of preparing for a gaping deficit carved by the pandemic’s thwack on the job market. Senate Minority Leader Jay Costa, D-Pittsburgh, said the rare situation calls for bold and dramatic action now.

“Let’s be clear, as we are closing out the fiscal year, we are better than $2 billion in a surplus,” he said. “To say that we have a structural deficit, I’m not quite sure that’s reason we aren’t moving forward.”

But for Cutler, the good news is temporary. He pointed to future revenue shortfalls of $8 billion to $10 billion over the next five years after the federal aid’s 2024 spending deadline lapses and said stashing money away in the state’s rainy day fund will help prepare for that future.

Lawmakers used some of the $350 million rainy day fund and $1.3 billion in federal aid during last year’sbudgetnegotiations to balance the state’s $3 billion deficit.

But the last time the federal government doled out economic stimulus during the Great Recession, the state infused that money into public schools. When it dried up in 2011, the Legislature opted against raising taxes or diverting other money to cover the more than $800 million lost, resulting in disparate funding shortages in districts across the state.

The administration’s hasn’t released its own priorities for the stimulus money, though the governor has not abandoned his calls to raise personal income taxes, cut charter school funding and boost spending to districts as part of his February budget proposal.

CVAS pets of the week: Meet Cressida and Jasper 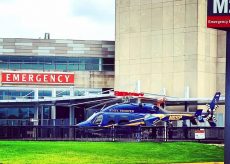 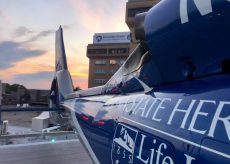