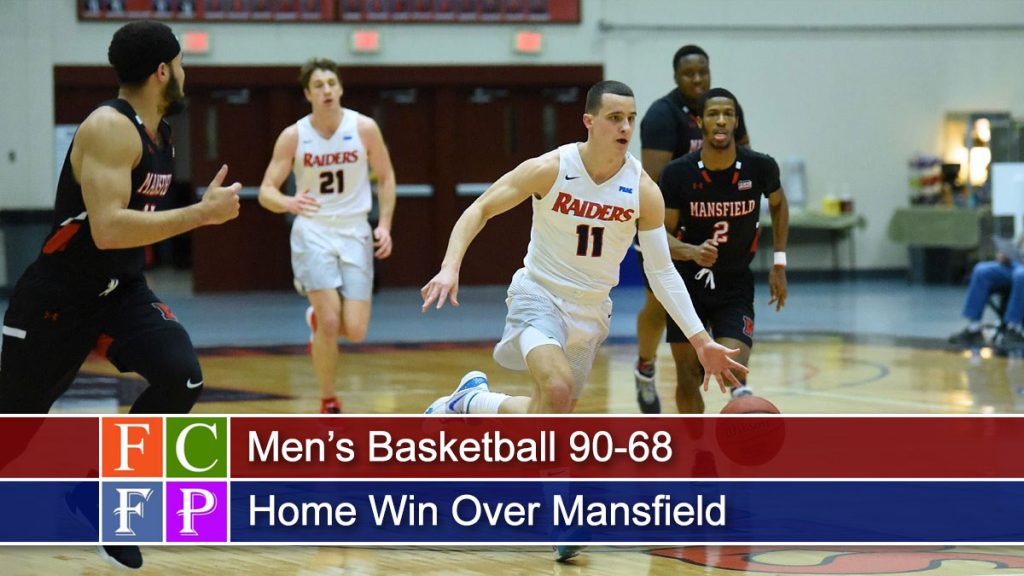 The Raiders led by as many as 18 points in the first half before Mansfield (4-7, 3-3) cut its deficit to nine points, 44-35, at halftime. The Mountaineers got as close as seven points of the lead early in the second half before a 19-2 SU run set the evening in stone.

Shippensburg posted a +20 turnover margin in the game. Its four turnovers are its second fewest in a game in school history (the Raiders committed just two turnovers in a 74-67 home loss to Shepherd last season). Five Raiders posted double figures, while eight different men made a three-pointer in the victory. The three-pointers helped offset a 38-percent shooting effort overall from the field.

Sophomore Carlos Carter led all players with 21 points, shooting 7-of-12 from the field for his third career 20-point game. Carter entered Monday having made eight career three-pointers yet finished the night 4-of-6 from long range. He also had four rebounds and three assists.

Junior Jake Biss scored 17 points, equaling a career high with five three-pointers. Biss set a new career high with 11 assists and did not commit a turnover in 29 minutes; he also grabbed seven rebounds. His previous career high in assists was eight, achieved twice. It is Biss’s first career double-double.

Senior John Castello recorded his second double-double of the season and the 29th of his career with 10 points and 13 rebounds, a performance that included eight offensive rebounds. Sophomore Luke Nedrow did not miss from the field; he was 5-of-5 for 10 points in 18 minutes.

Shippensburg’s bench equaled a season high with 29 points. Junior Kiyon Hardy had 12 of those points, shooting 3-of-5 overall including 2-of-4 from three-point range. Hardy also had four assists.

The Mountaineers got a career high 15 points off the bench from Richard Oppong, while center Trevor English and forward Christian Simmons each scored 14 points.

Shippensburg returns to action at 7:30 p.m. Wednesday at undefeated No. 10 West Chester.

Photos by Will Smith/Shippensburg University