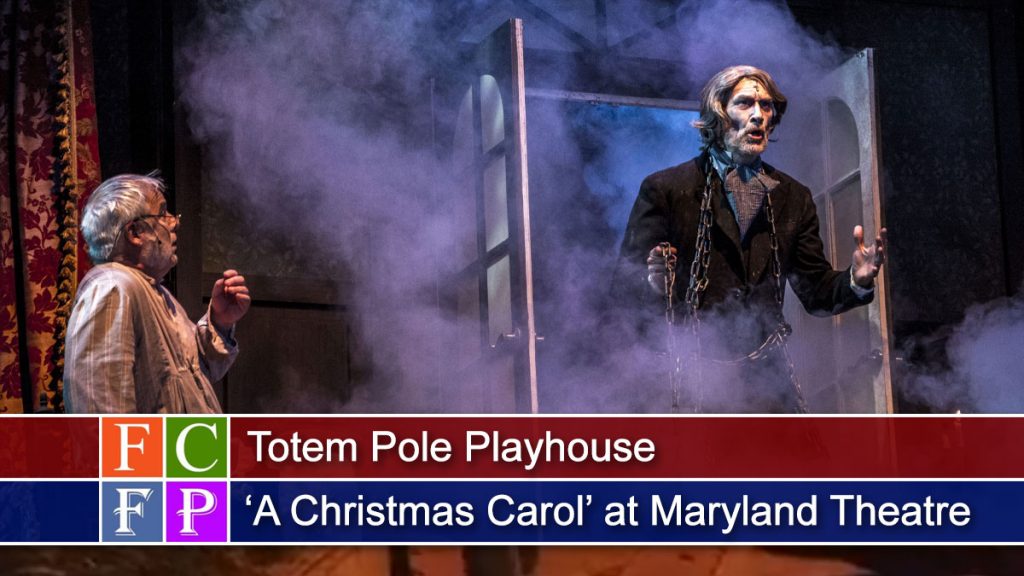 Totem Pole Playhouse’s national award-winning production of Charles Dickens’ A Christmas Carol is coming to the Maryland Theatre this month.

The American Bus Association recognized Totem Pole’s production of the holiday classic as a “Best of the Best” Award Winner by. ABA named the critically-acclaimed stage adaptation as one of the top 10 entertainment events in the United States.

“Totem Pole Playhouse is honored to have received this highly coveted award for two years in a row,” Rowan Joseph said. “We are equally excited about the opportunity to share this faithful adaptation for the first time with audiences in Maryland.”

Most notably, the production opens with a prayer and closes with Tiny Tim’s familiar acclamation, “God bless us everyone!”

“This performance will round-out our community’s holiday season with a family-friendly annual performance of award-winning quality,” she said. The theatre recently completed a fifteen-million-dollar expansion and renovation.

The original Totem Pole production, adapted by Carl Schurr and Wil Love, was first presented at the Central Center in Chambersburg in 1987. It went on to become an annual seasonal fixture at the Capitol Theatre where it played until 2004. The show resumed with a whole new set after a 10-year hiatus at the Capitol in 2015.

Totem Pole moved the production, along with Joseph’s newly adapted script, to Gettysburg College’s Majestic Theater the following year. The current production will also play the Majestic, for the fifth consecutive year, the weekend before Christmas.

Totem Pole has also signed a contract with the Maryland Theatre to present the award-winning production at the Hagerstown venue the first weekend in December through 2022.

The Players and Their Parts

The production boasts a cast of over 40 professional union, non-union, and local Maryland and Central Pennsylvania actors. It is produced under the Playhouse’s agreement with Actor’s Equity Association (A.E.A.), the union which represents professional actors on Broadway and throughout the country.

Paris Peet stars as the miserly ‘Ebenezer Scrooge’, reprising the role he has played every year since 2015. Pete is an Equity member and professor of theatre at Shippensburg University,

Anne Hunt, Programming Manager for the Maryland Theatre, will return in the role of Scrooge’s nephew’s wife. Maxwell Owens, of Frederick, will appear as ‘Boy Scrooge’. Taylor Knapp, also of Frederick, will reprise her role as ‘Mrs. Cratchit’. Westminster’s Joan Crooks will once again play ‘the Laundress’ with Erik Alexis from Millersville returning in several roles.

Joining the cast this year will be Hagerstown native and Mercersburg Academy graduate Caitlin Cremins as Scrooge’s childhood sweetheart, ‘Belle.’

As in past years, the show will also be a family affair with several siblings, parents and children joining each other on stage.

Mark Kleinman will return as the ‘Lamplighter’ with his son, Jacob, playing the role of ‘Orson Wilkins’.

Jasper Wakefield will be playing ‘Turkey Boy’ and his older brother Elliott will be a Fezziwig party dancer this year. Phoebe Kauffman will portray Scrooge’s sister ‘Fan’, Ruby Kauffman will play ‘Belinda Cratchit’ while their youngest sister Mia plays ‘Want’ in the show.

Justin and Hope Beach will play ‘the Bread Seller’ and ‘the Ribbon Seller’. Denzel Surcica will take over the role of ‘Peter Cratchit’. His younger sister, Dahlia, joins this year’s cast in the role of ‘Belle’s Daughter’. Sisters Liliana and Kalia Hoedemaker will return to play the Fezziwig’s daughters.

To purchase tickets, call the Maryland Theater Box Office at 301-790-2000 or online at Ticketmaster.com.

Aided by community volunteers, they cleared debris and cleaned the old cemetery, identified veterans graves and researched the cemetery’s history. 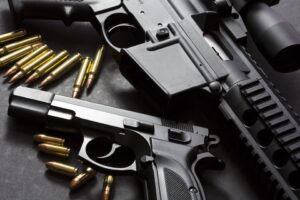 Governor Tom Wolf joined at rally with state and local officials, advocates and gun violence survivors at a in Philadelphia to urge elected officials to 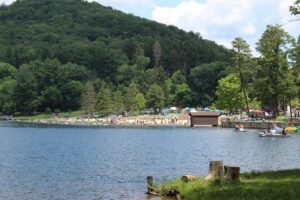 Mike lived many lives, but his happiest days were spent farming, smoking the tires on his ’77 Corvette, and spending time with the people he loved.

Carol was known by her many friends and family for her kindness, charm, and devout faith.  Fun and beautiful, Carol was full of life.