A Day In the Life of a Animal Shelter Worker 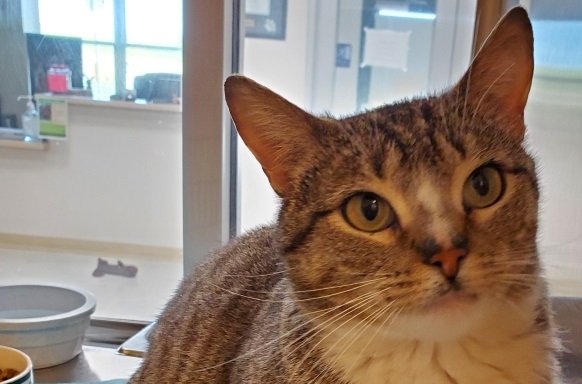 You can tell she’s scared and doesn’t know where she is and yet your kind voice causes her to press the side of her face against the cage in hopes of a sweet touch. You notice a tiny little tail wag.

And you want to reach in, hug her, kiss her, wrap your arms around her and promise her nothing bad will ever happen to her again because you won’t let it. She’ll live the life of Riley. Someone, somewhere will see her soulful brown eyes and know that she’s a creature worthy of love and respect and devotion.

But you don’t. Because you’re not completely sure how she would respond to that kind of physical demonstration. Because she was picked up just a few hours earlier as a stray running around and you’re just not sure.

But especially, because you don’t really know if you can promise her that.

So you give her your words, your gentle tone, and you hope for now, for her, it will be enough.

A few steps down a hallway and you’re greeted with the meows of the feline babies. Orange. Tabby. Gray. Black-and-white. Every color imaginable. Every personality there is.

They’re all beautiful in their own way. With their own distinct character. And you wish so hard you could scoop them all up and take them away from here. From the cages. From the sense of desperation they must feel. From the loneliness they must know when the lights go off and the doors get locked at night.

And you wonder if the cartoons you watch may be true. Do the animals talk to each other in the darkness? Do the older ones reassure the younger ones? Do the litters of kittens huddle together for warmth and security? Do they have a language, a way to care for each other, that humans will never fully understand?

You shake your head at yourself and question your own sanity.

You sigh and kiss a little paw sticking out of a cage and remember the old adage “if wishes were horses, beggars would ride.”

On the way home, the little furry faces come back to your mind’s eye and you hope they do okay overnight.

Your own pack greets you at the door when you open it, and their meows and purrs make your heart warm a bit. You snuggle the ones who will allow it and shake your head fondly at the ones who won’t.

Every day, you see their devotion to you, and you think for a moment, in the grand scheme of things that must mean something. You wonder if maybe it’s one of the greatest gifts of all.

Your littlest one scampers up with the telltale trilling meow and you think of everything you’ve been through with her. Territorial marking (just a few weeks ago!), even after being spayed. Clawing up furniture. Ripping open garbage. Drinking from the fishtank.

You realize – you know firsthand – how many people in the world would have given her up long ago. Gotten rid of her. Because she’s too problematic. “Won’t use the litterbox” would be written in a file somewhere.

But you couldn’t do it. Her green eyes and her personality and her way of saying hi to you even when she’s sleepy more than makes up for the trips to the laundromat.

You sigh, trying to prepare yourself to give them whatever you can, whatever they need. You promise yourself you’ll be there for them like other people haven’t and after a night’s sleep, you hope you’ll be ready to tackle another day at the Cumberland Valley Animal Shelter.

READ: Meet Eeyore and Blossom, pets of the week