A Family’s Harrowing Experience With RSV 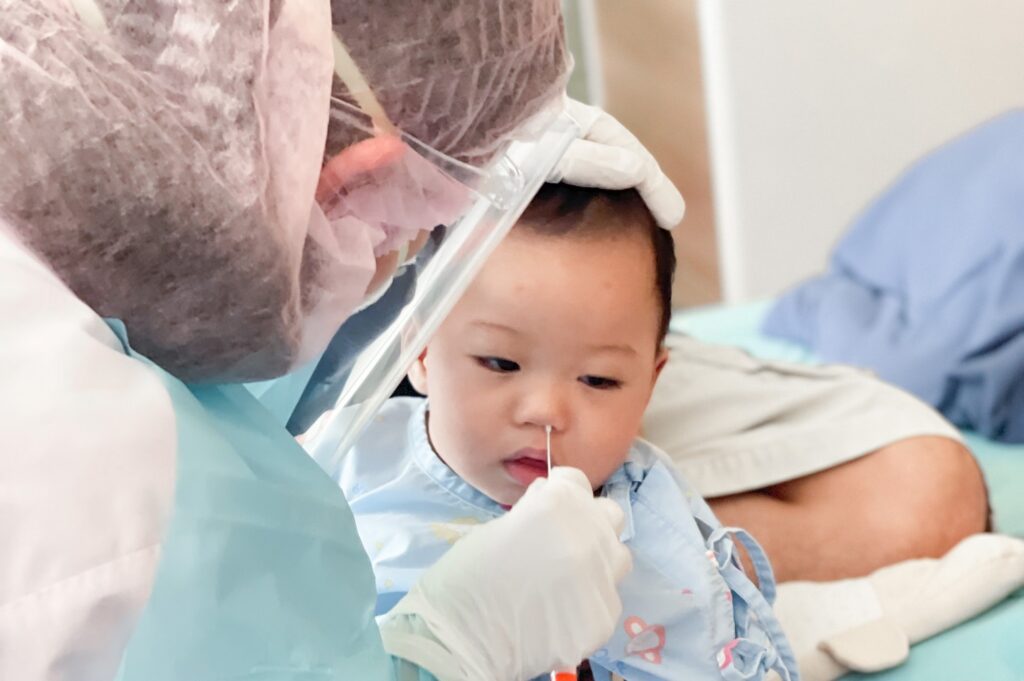 Respiratory Syncytial Virus, or RSV, is so common that nearly 100% of children have been infected by age 2. Most people, including infants, develop only mild cold-like symptoms. However for some, RSV can be severe and even life threatening. Many people are surprised to learn that RSV is the leading cause of hospitalization in infants.

The American Lung Association, with support from Sanofi, is raising awareness of RSV among new and expecting parents and caregivers of infants and toddlers. As part of the campaign, they’re sharing the story of a family impacted by RSV.

RSV was one of Sarah Driscoll’s biggest fears when her daughter was born. She’d heard about it from social media and television commercials. So after learning a few family members had a cough, she was wary about attending a Christmas Eve gathering with her newborn.

“My wife and I debated whether to go, but of course everyone wanted to see us and we wanted to share Charley with the family. I remember telling everyone to wash their hands before touching the baby and to keep their distance if they weren’t feeling well,” says Driscoll.

Not every family member observed Driscoll’s wishes and shortly after the gathering, Charley, six weeks old at the time, started to show symptoms of a respiratory illness, which worsened quickly.

“Charley was placed in the pediatric intensive care unit while her tiny body fought against RSV. She was put on forced oxygen. They had to put in a feeding tube. I have a lot of memories like that, but mostly those days blend together in my mind. I did everything in my power to have this baby, and I wasn’t going to let RSV take her away from me,” says Driscoll. “Thankfully, she got better. After five long days we were able to bring her home.”

Driscoll reports that today, Charley is a happy, healthy 2-year-old who loves puzzles, watching “Moana” and taking walks. Wanting no other family to experience what hers did when Charley was so sick, she’s sharing a few tips she wishes someone would have told her before becoming a parent:

• Trust your gut. If you’re debating whether to go somewhere that could potentially expose your child to illness, don’t. It’s not worth it.

• Set ground rules. People who already had kids think they know everything there is to know about raising kids. But this is your kid, and you call the shots.

• Pay attention to symptoms. RSV can progress incredibly fast. New parents need to know that their baby could go from being cleared to go home from the pediatrician to hospitalized in hours.

Symptoms to Watch For

The American Lung Association wants you to know that in the event your child does get sick from a respiratory infection, knowing these signs and symptoms of RSV can help you care for them:

• Very young infants may be irritable, fatigued and have feeding difficulties.

• A barking or wheezing cough can be one of the first signs of a more serious illness.

• Infants with severe RSV will have short, shallow and rapid breathing. Their mouth, lips and fingernails may also turn bluish due to lack of oxygen.

Call your pediatrician if your child has a poor appetite, a decrease in activity level, cold-like symptoms that become severe, a shallow cough that continues day and night, or any new or lingering symptoms that you find worrisome. Seek emergency care if your child is having trouble breathing.

Affecting millions of Americans each year, RSV is highly contagious. However, you can help protect your child by learning the facts.