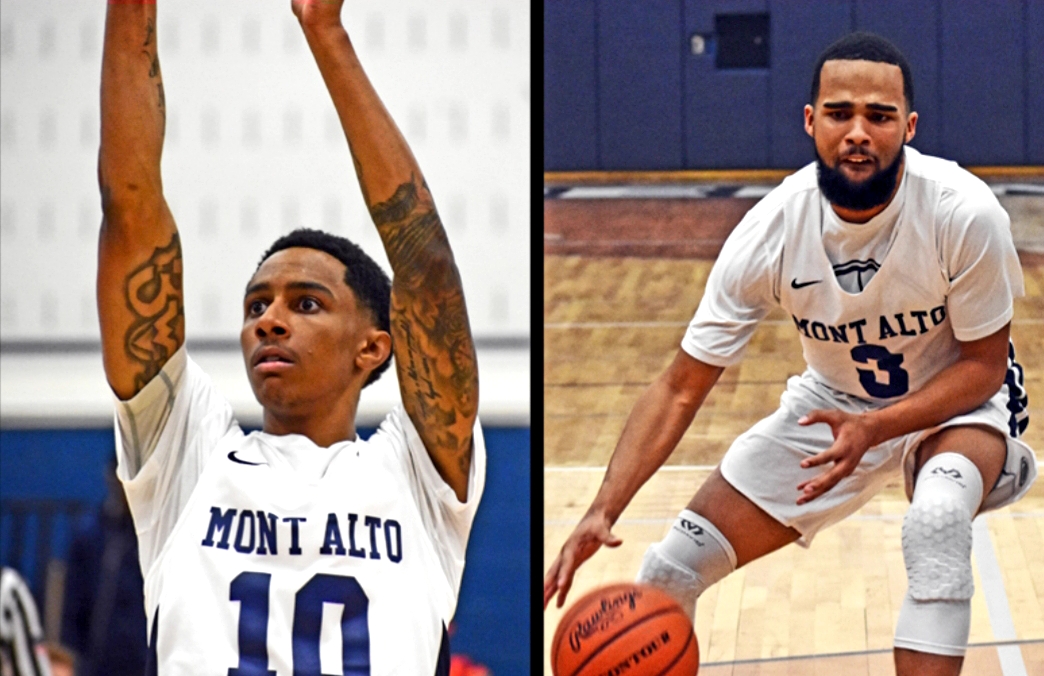 Jalen Smith (Ranson, W.Va. / Jefferson) made it two-straight years in which he was named a First Team All-American.

Both student-athletes had outstanding seasons and were instrumental on a complete turnaround from a season ago leading their team to the No. 1 seed in the PSUAC West with a 19-6 regular season record and 16-13 mark in the PSUAC.

The duo led their team to the PSUAC Semifinals where they fell to Penn State York, but still received an at-large bid into the USCAA National Championships, where they lost to Vermont Tech, 89-73 in their first-round matchup.

Smith was consistently Mont Alto’s go-to scorer and offensively he averaged 19.0 points per game while finishing with a team-high 160 rebounds and 38 blocks during his senior season. The 2018-19 season marked the third season in a row in which Smith averaged 17-plus points or more.

He scored 20 or more points 15 times this season including two games where he dropped 32 points. He scored 32 in the non-conference loss to Salem University and matched the total on Senior Night in the 111-77 victory over Penn State DuBois.

He finished his career appearing in 90 games for the Nittany Lions registering 80 starts and shot his best percentage from the field in his final season (51.2 percent).

Campbell has been a point guard running the offense as a starter for the past three seasons.

Campbell arguably had his best season to date where he averaged 5.0 assists per game, which ranked fifth in the USCAA.s assist total was best within the PSUAC.

He also grabbed a career-high 74 rebounds, while averaging one steal per game. He finishes his career as Mont Alto’s all-time assist leader with over 437 helpers.

There will be big shoes to step into next season, but with some good recruits coming in as well as the return of several key players, head coach Jack Schenzel is optimistic about the future of Mont Alto’s men’s basketball program.

September 20, 2019
Thanks for subscribing! Please check your email for further instructions.