A West Virginia man recognized as America’s oldest organ donor donated his liver to a woman in her 60s when he died in May. The recipient of this incredible gift, a woman in her  60s, is doing well.

The Center for Organ Recovery and Education (CORE) noted the donation coincided with Older Americans Month, celebrated ever May.

“CORE is incredibly proud to have been able to make this historic organ donation possible,” CORE president & CEO Susan  Stuart said. “This landmark in the field of transplantation is just another example of  CORE’s pioneering legacy and commitment to innovation.”

Over the last 40 years, the organization has given 6,000  people in the United States the opportunity to save more than 15,000 others as organ donors.

Cecil was moved to become an organ donor following the death of his son, Stanley, in  2010, family members said. Stanley’s donation healed the lives of 75 people through tissue donation and restored sight to  two others through cornea donation.

Cecil is survived by Helen Cline Lockhart, his “best girl” and loving  wife of 75 years; his daughter, Sharon White, and his son, Brian Lockhart, as well as three grandchildren  and six great-grandchildren.

“He was a generous person when he was alive,” his daughter Sharon said. “We are filled with pride and hope knowing that, even  after a long, happy life, he is able to continue that legacy of generosity. When my brother was a donor after he passed away a few years ago, it helped my dad to heal. And today, knowing his life is continuing through others really is helping us through our grief too.”

Cecil was born in Short Pole, W.Va. in 1926, the sixth of seven children. He was a proud coal miner  working the mines in West Virginia for more than 50 years. Cecil served as a corporal in the United  States Army during World War II.

According to Bill Davis, Cecil’s son-in-law, Cecil was very proud to be a veteran.

“Just as he fought for our country’s freedom 75 years ago in World War II, he would be proud to know that he’s fighting for  someone else today, as an organ donor,” Bill said.

At Cecil’s funeral, which included full military honors, the family asked everyone to register as an organ donor to honor Cecil’s memory.

According to his family, “Cecil was kind and loving. He greeted everyone with a huge smile, a kind word  and a big hug. He will be missed.”

In addition to being an adoring Paw-Paw to his great grandchildren, Cecil was an animal lover. He leaves behind many “special friends” including four birds,  Fred, Caesar, Heckle and Jekyll; two dogs, Cephas and Molly; and a cat, Casper.

No one is “too old” to donate organs, UNOS Chief Medical Officer David Klassen said.

“Too often, people mistakenly believe there is an age limit associated with being an organ donor,” said  Klassen. “The truth is, no one is ever too old or too young to give the gift of life. Every potential donor is  evaluated on a case-by-case basis at the time of their death to determine which organs and tissue are suitable for donation. Cecil’s generous and historic gift is a perfect example of that.”

One person can save the lives of eight by donating organs and heal the lives of 75 through tissue  donation. Anyone can sign up to be a donor, regardless of age or medical history. Register as an organ,  tissue and cornea donor today at this link.

Pets of the Week: Meet Steve and Jasmine, CVAS pets of the week

CVAS encourages anyone interested in bringing a four-legged friend into their home to check out the wonderful animals available for adoptions at the shelter. 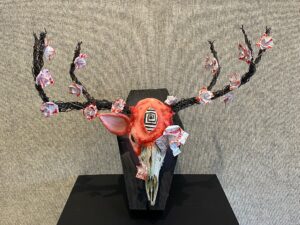 At Wilson College from Feburary 2nd to the 28th, you will find at an exhibit, artwork by students from Hagerstown Community College (HCC). The artwork 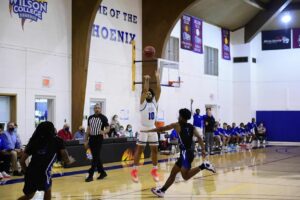 In a final score of 85-71, the Phoenix flew past the Patriots in a Colonial States Athletic Conference (CSAC) matchup. Junior Jordan Miles, secured an 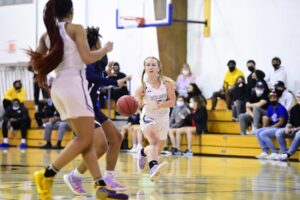 The Phoenix women’s basketball team continued, taking on the Eagles in a Colonial States Athletic Conference Play. They took on Saint Elizabeth University’s Eagles on

Mike was a freelance wildlife writer and photographer and an Eastern Shore hunting guide. He was also an animal lover, especially his cats.

Martha was a great cook and enjoyed teaching others to cook. She loved playing the organ, knitting, gardening, birdwatching, fishing and traveling.