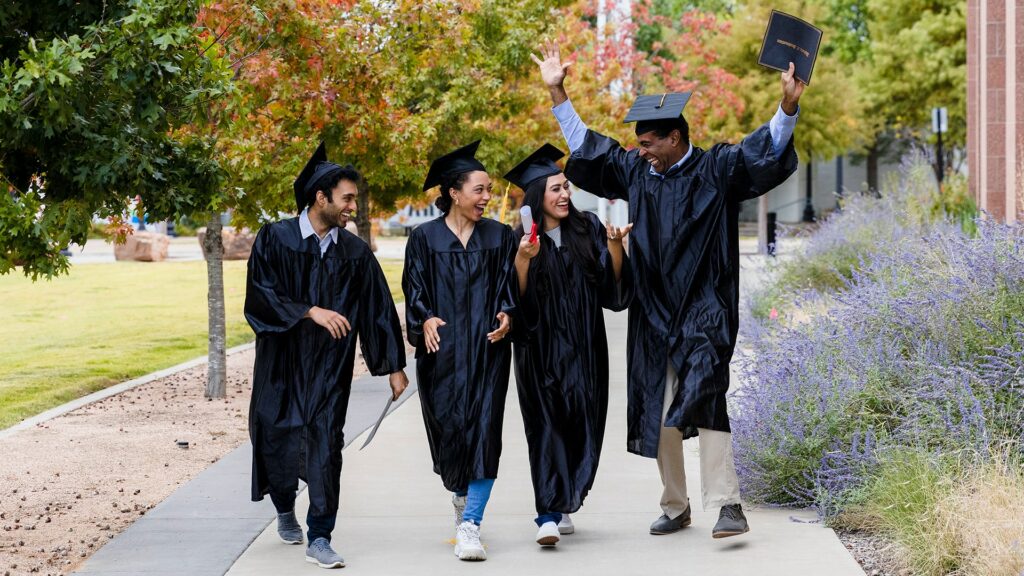 An analysis of recent U.S. Census Bureau data shows that parts of the student debt forgiveness plan announced by the administration last month — one of the largest ever — would completely eliminate student debt for a number of borrowers.

The 2021 SIPP data show that the plan to reduce student loans by $10,000 would completely wipe out balances for 29.0% of those with student debt and that certain demographic groups would benefit more than others.

In addition, any payments made after March 2020 can be refunded and then forgiven. Because of this, amounts owed in student debt in 2020 can serve as an approximation of loan balances in 2022.

In this article, we investigate who among adults not enrolled in college with at least a high school degree will benefit — and by how much — from this proposed policy, assuming all reported student loans in the SIPP are federal and that no one’s student debt will be reduced by more than $10,000.

Who Will Benefit From $10,000 in Student Loan Forgiveness?

The 2021 SIPP data show that the plan to reduce student loans by $10,000 would completely wipe out balances for 29.0% of those with student debt and that certain demographic groups would benefit more than others.

Some of the largest reductions are expected among Hispanic individuals with an associate degree. A $10,000 reduction in student loans reduces the percentage with any student debt from 14.4% to 7.7%.

While the estimated erasure of student loans is largest for non-Hispanic associate degree holders who are Black alone (identified as Black through the rest of this story) — from 19.9% to 12.6% — this reduction is not statistically different from the reduction for any other race-by-education group.

Individuals with advanced degrees are expected to experience some of the smallest reductions in student loan holding, varying from 1.6 to 3.2 percentage points across race and ethnic groups. These reductions are also small compared to the percentage who held any student debt before forgiveness.

The likely reasons for the differences by education: larger amounts of debt or higher incomes making them ineligible for loan forgiveness. Advanced-degree holders on average had higher student debt ($69,000) than associate-degree holders ($22,000).

Based on income, the share of advanced-degree holders with student debt eligible for debt forgiveness ranges from 75.6% of non-Hispanics who are neither Black nor White to 85.6% of Black borrowers. People who are neither Black nor White include Asian, American Indian or Alaska Native, Native Hawaiian or Other Pacific Islander and mixed-race individuals.

However, over 90% of borrowers with an associate degree in all race groups would qualify.

Women typically earn less than men and are more likely to not only have student debt but to owe more than men. As a result, they may have a harder time paying off student loans.

It’s estimated Black and Hispanic women are expected to experience some of the largest reductions in the percentage with any student loans from the $10,000 relief plan: 5.4 and 4.7 percentage points, respectively.

White men are expected to experience among the smallest reductions (2.4 percentage points).

How Much of a Difference Can $10,000 in Student Loan Relief Make?

Unsecured debt — such as student, credit card or medical debt — is not backed by an asset the way a house backs a mortgage because lenders cannot repossess someone’s education if the individual fails to pay a student loan.

The $10,000 reduction in student debt would decrease the amount of total unsecured liabilities owed by 33.0% on average of those who have any student debt.

The $10,000 reduction in student loans is expected to have some of the smallest impacts on unsecured amounts owed by those with advanced degrees: between 17.5% and 24.2% in unsecured debt across race and ethnic groups.

Hispanic women (40.4%) are expected to experience among the largest shares of unsecured debt relief.

The strength of SIPP data — and survey data more generally — does not lie in estimating the total number of borrowers whose student debt will be eliminated entirely or the total dollar amount of outstanding student debt that will be relieved.

Rather, the strength of SIPP data is its rich description of who will benefit and how much of a difference student loan forgiveness might make in the context of student loan borrowers’ assets and other debts.

In addition, SIPP returns to interview the same individuals over the course of several years.

SIPP does not collect information about Pell grant recipients, who would get up to a $20,000 debt relief on federal student loans. This research assumes student debt reduction of no more than $10,000, which tends to bias the impact on debt burden downwards.

We are unable to determine the overall value of the counteracting effects from the above assumptions.

SIPP is a nationally representative, longitudinal survey administered by the Census Bureau that provides comprehensive information on the dynamics of income, employment, household composition and government program participation.

Neil Bennett is an economist in the Census Bureau’s Social, Economic, and Housing Statistics Division.

Michael D. King and Mark A. Klee are survey statisticians in the Census Bureau’s Social, Economic, and Housing Statistics Division.