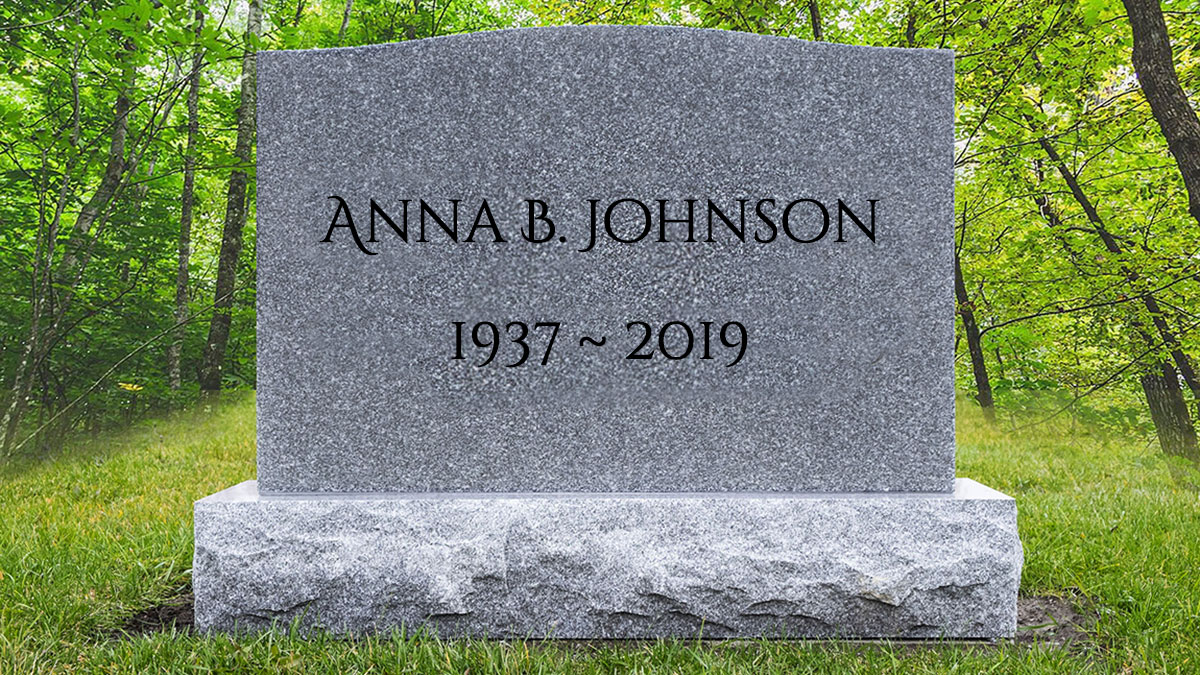 Anna B. (Berrier) Johnson, 81, of Orrstown, departed this life on Sunday, July 7, 2019, surrounded by her loving family.

Born Saturday, August 28, 1937 in Shade Gap, PA, she was the daughter of the late John Neely and Ethel Jane (Krugh) Berrier.

Before retiring, Ann was employed as a dietary aide at the Chambersburg Hospital, Magnolias of Chambersburg, and Amvets Post # 224. Ann’s main priority in life was always her family.
Anyone that knew Ann, loved her for her sharp wit and ability to always make you laugh. She was one of a kind and adored by all who were blessed to have known her.

In addition to her parents and husband, she was preceded in death by one sister, Alberta J. Rosenberry, and two brothers, John A. Berrier, and Harold N. Berrier.