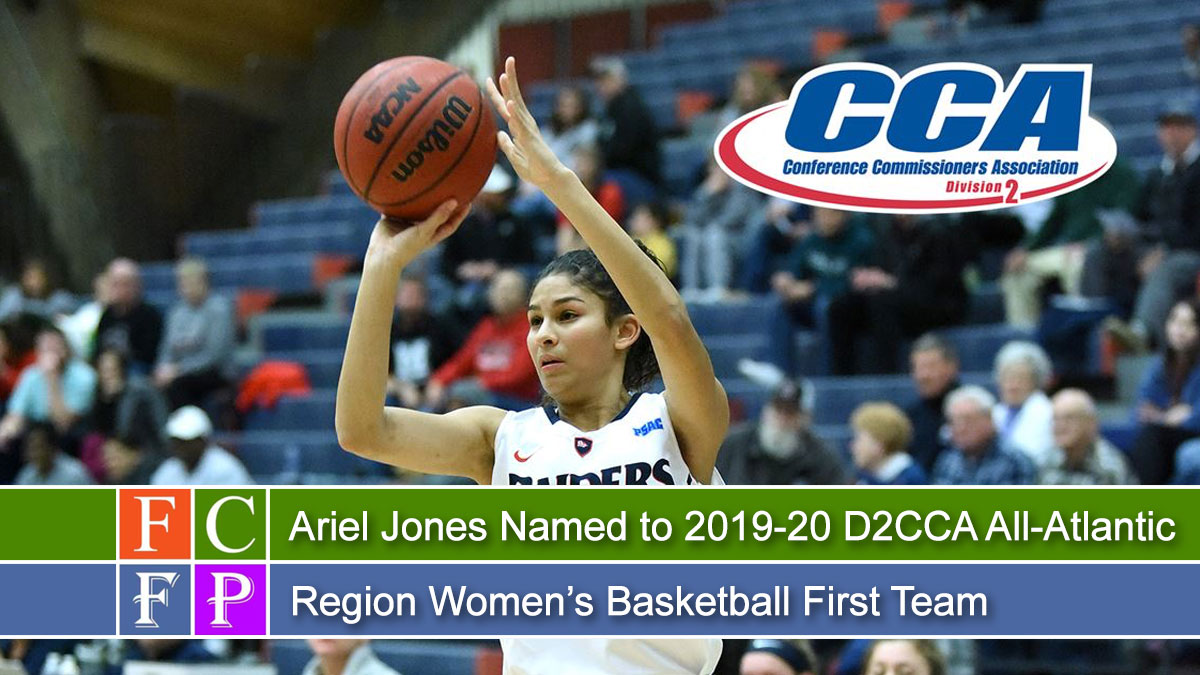 Jones, the 2019-20 Pennsylvania State Athletic Conference (PSAC) Eastern Division Athlete of the Year, serves as a guard on a Raider team that posted 21 victories and reached the 2020 PSAC Women’s Basketball Championship Semifinals. This is the second consecutive season she has been named to the D2CCA All-Atlantic Region First Team.

She entered the postseason ranked third in the PSAC and ninth in the nation in scoring (22.3). Jones ranked second in the nation with 202 free throws and 247 free-throw attempts. She added 17 more makes and 18 more attempts in the PSAC Tournament.

Jones posted double figures in all but one game this season. That includes 18 games of 20 or more points and eight games of 30 or more points. Her 65 three-pointers, 159 rebounds and 20 blocks in 2019-20 are single-season career highs. With 670 points this season, Jones became the third player in PSAC history to record three seasons of 600 or more points.

The Division II Conference Commissioners Association sponsors the team. The association encourages and promotes Division II athletics and high standards of sportsmanship as important elements of higher education. The CCA is a key communications link among the conferences as they discuss views, policies and regulations that impact Division II intercollegiate athletics. They work closely with the NCAA as a communications channel to NCAA Division II member colleges and universities.

SU Wrestling Wins One of Four Duals on Senior Day and...

October 13, 2019
Thanks for subscribing! Please check your email for further instructions.