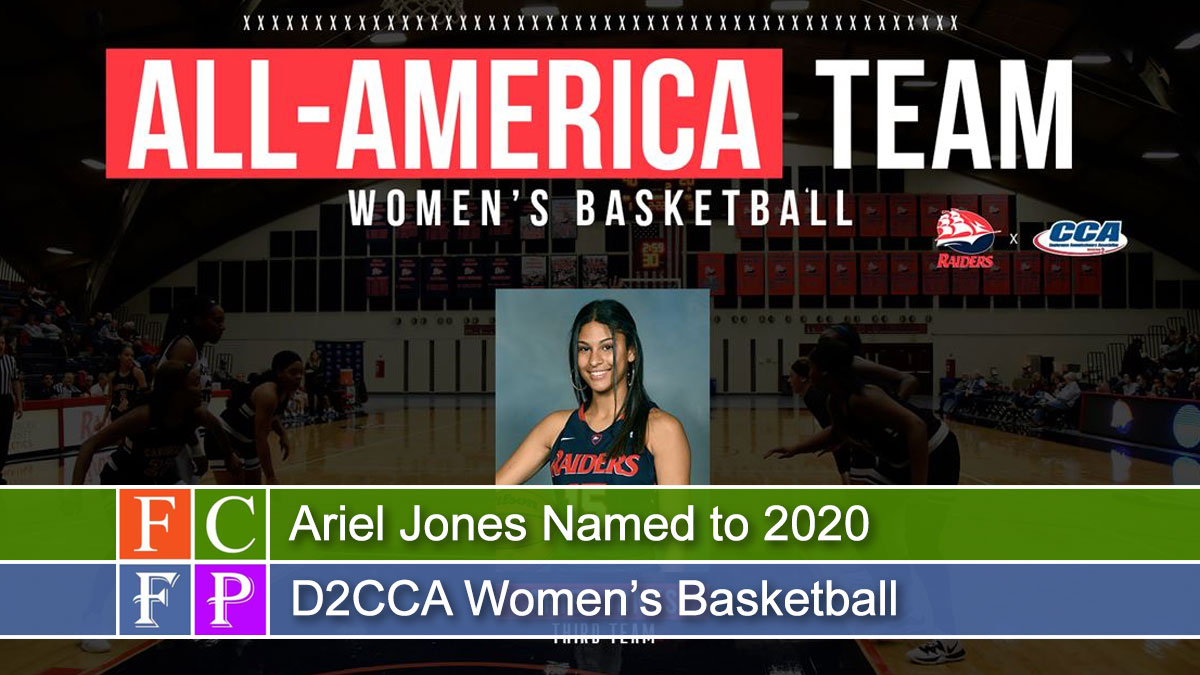 Jones repeats as a D2CCA All-America Third Team performer. She remains the only Raider named to a spot on an All-America First, Second or Third Team since Lauren Beckley in 2010.

The 2019-20 Pennsylvania State Athletic Conference (PSAC) Eastern Division Women’s Basketball Athlete of the Year, Jones ranked third in the conference and ninth in the nation in averaging 22.3 points per game. For the second consecutive year, Jones led the nation in both free-throws made and free-throw attempts. She was 219-of-265 (82.6 percent) at the free-throw line this season.

Jones posted double figures in 29 of her 30 games, including 18 games of 20 or more points and eight games of 30 or more points. Her 65 three-pointers, 159 rebounds and 20 blocks are single-season career highs. With 670 points this season, Jones became just the third player in PSAC history to record three seasons of 600 or more points.

Through three seasons, Jones has scored 1,969 career points – fifth-most in school history. That total includes 174 three-pointers and 643 free throws. She will enter her senior season as NCAA Division II’s active career leader in both points and scoring average (23.2).

The CCA is a key communications link among the conferences as they discuss views, policies and regulations that impact Division II intercollegiate athletics. The association also works closely with the NCAA as a communications channel to NCAA Division II member colleges and universities.

Bill Morgal is sports information director at Shippensburg University. He can be reached at [email protected]