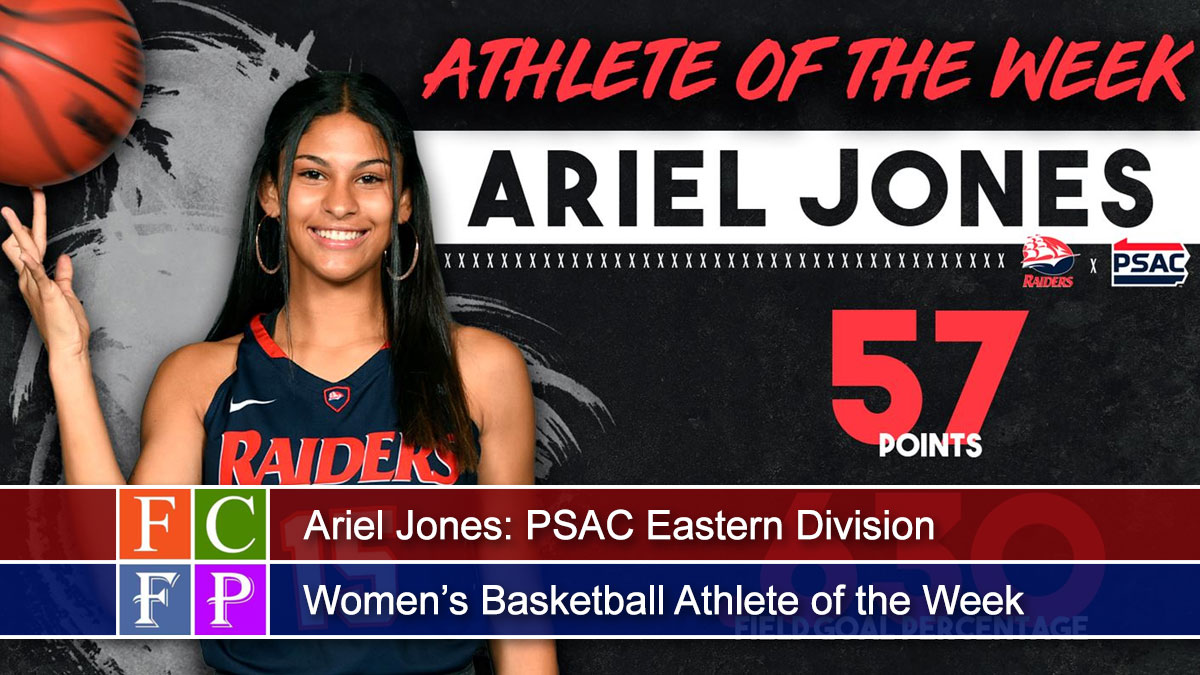 Jones was the named the Most Valuable Player (MVP) of Shippensburg University’s Conference Challenge Tournament. The Raiders defeated Wheeling 88-58 and Frostburg 80-68 In that tournament.

Against Wheeling, Jones had a game-high 32 points. Jones scored 20 of her 32 points in the first half in achieving the fifteenth 30-point game of her career.

She was an efficient 11-of-14 from the field, including 4-of-7 from three-point range, and 6-of-8 from the free-throw line. Jones also had four assists and two rebounds.

Against Frostburg, Jones scored 25 points and made 11-of-14 at the free-throw line. She scored 18 of those 25 points in the fourth quarter, equaling Frostburg State’s team output over the final 10 minutes.

It is the sixth time in her career Jones has been named the PSAC Eastern Division Athlete of the Week.

Staff Report - June 26, 2020 0
Bob was a star football player during his high school years for Waynesboro. He enjoyed watching football and reading.

October 3, 2019
Thanks for subscribing! Please check your email for further instructions.