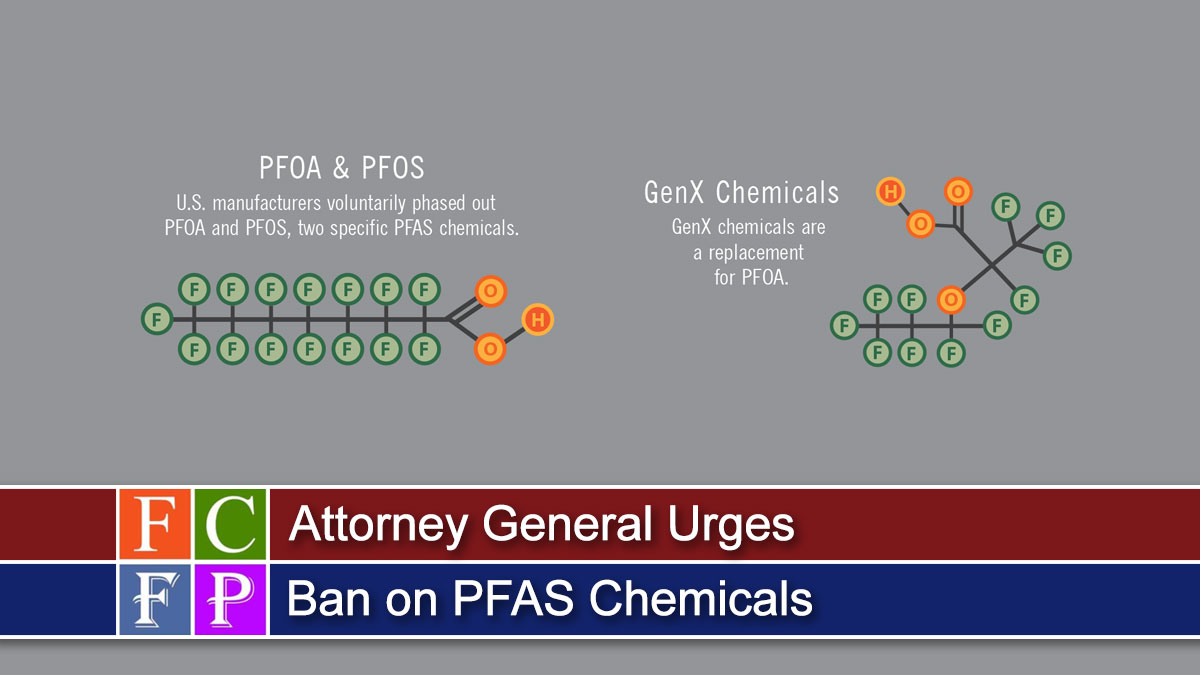 In a letter addressed to Senate Majority Leader Mitch McConnell, Senate Minority Leader Chuck Schumer, Speaker of the House Nancy Pelosi, and House Minority Leader Kevin McCarthy, Shapiro emphasized the need to phase out the use of perfluoroalkyl and polyfluoroalkyl substances (commonly known as “PFAS chemicals”) and redress the harms that they have already caused in Pennsylvania communities.

“Pennsylvanians have a constitutional right to clean air and pure water, and as Attorney General, I am committed to defending that right,”

“PFAS chemicals are harming Pennsylvanians’ health and environment, yet the federal government has failed to act in a timely and appropriate manner to address this threat. I’m grateful for the leadership of Senator Bob Casey, and Representatives Brendan Boyle, Madeleine Dean, Brian Fitzpatrick, Mary Gay Scanlon, Susan Wild and the entire Pennsylvania Congressional delegation to support a wide range of actions that confront this serious issue. Today I’m urging Congressional leadership to do their part by supporting provisions put forth in both the Senate and the House to phase out the use of these harmful chemicals and rectify the harm already done.” Shapiro said.

There are many sites in Pennsylvania where PFAS substances have contaminated drinking water. One example is the water that flows from Naval Air Station Joint Reserve Base in Willow Grove into the drinking water of surrounding communities in southeastern Pennsylvania.

There are other documented contaminated sites, and likely even more that are not yet known. Despite the overwhelming evidence that PFAS substances are contaminating the drinking water of Pennsylvanians and harming our health, the U.S. Environmental Protection Agency and Department of Defense have failed to respond appropriately.

In his letter, Shapiro called on Congressional leaders to support the efforts of the Pennsylvania delegation and the bipartisan Congressional PFAS Task Force to stop the spread of PFAS and clean up contamination.

He urged Congress to support the 2019 provisions that were included in the Senate version of the National Defense Authorization Act (NDAA) for the fiscal year 2020 and the 2019 House-adopted version of the 2020 NDAA.

These include measures for phasing out the use of PFAS products, studying and documenting PFAS contamination, regulating pollution, and mandating proper cleanup of contamination. In addition to these specific provisions, Shapiro asked the leadership to consider the full range of actions that Congress can take to protect the public from the dangers that PFAS chemicals present.

The Canary in the Coal Mine