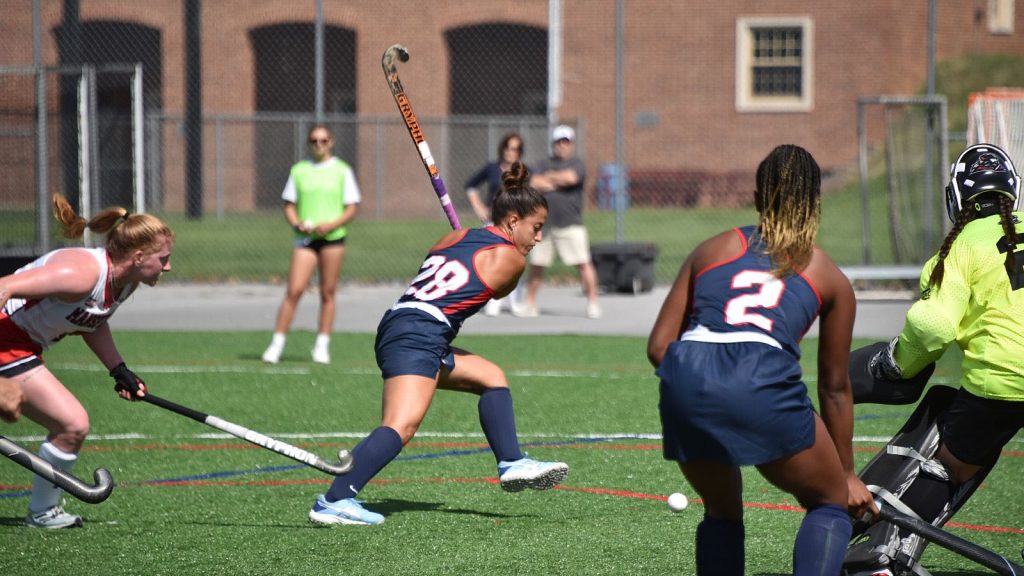 Shippensburg (5-0, 1-0 PSAC) finished with a 18-3 advantage in shots on goal and 15-2 advantage in corners. The Raiders took control with two first-quarter goals. After six minutes of play, Petrantonio scored the first goal – the 81st of her career – to move her past Kristina Taylor and put her atop the SU career record book.

Freshman Lindsay Tripodo (Gibbsboro, N.J./Eastern Regional) earned her second shutout of the season; she was credited with three saves.

Shippensburg (2-4-1, 2-2-1 PSAC East) got another stellar effort from goalkeeper Kendra Barlow (Painesville, Ohio/Gilmour Academy), whose 11 saves marked her second double-digit save performance of the season.

No. 4 Kutztown (6-0, 4-0) limited the Raiders to just one shot on goal while totaling 12 of its own. In the 41st minute, a pass from Gabby Kane was struck into the goal by Melissa Ulrich for the only tally of the match.

Shippensburg returns to action at 4:30 p.m. Wednesday at East Stroudsburg at Eiler-Martin

Shippensburg returns to action at 4:30 p.m. Wednesday at East Stroudsburg at Eiler-Martin Stadium. It will be the seventh road or neutral match out of the first eight this season for the Raiders.

. It will be the seventh road or neutral match out of the first eight this season for the Raiders.