He grew up as the youngest child with 5 older siblings, Johann, Charles, Steve, Christine and Roger. Barry never let being the youngest child stop him from having the biggest ambitions. When he started playing baseball at 7 years old, he had already set his sights on the big leagues.

Barry attended Andrew Buchanan Elementary School then advanced to Central Junior High where he continued to practice and improve his athletic skills. When he entered Chambersburg Area High School he began to show just how much of a versatile star athlete he was. He played football for Pennsylvania’s Pottsville Maroons and also for the Chambersburg Cardinals, where they would go on to win the championship.

Not only did he play Football and Baseball, but he also set school records in Track & Field for the Broad Jump, and played guard for the Chambersburg Trojans basketball team. He was named Most Valuable Player in the American Legion all-star games played in Pa.

Barry was drafted by the New York Mets Minor league club as the number one choice in the free agent draft pool and played for the 1966 and 1967 seasons. During his second year with the Mets, he had an On Base Percentage (OBP) of .454, comparable to some of the greatest MLB players of the time. Although he did not renew his contract with the Mets, he still continued to play sports, like softball.

Barry was not only versatile in sports but also in many other aspects of his life, especially when it came to work. He had his first child, Angela after leaving the Mets. Years later, he met and eventually married his wife Loretta in 1980, at St James A.M.E Church in Chambersburg. He would eventually join her in New York and they would go on to have a son, Barry Jr. in 1982.

Barry completed the Joint Urban Manpower Program (JUMP), with honors, in 1987. His meticulous nature, hard work, enthusiasm and determination allowed him to quickly rise up the ranks from being a trainee of resurfacing roadways to a senior roadway inspector. Barry’s curiosity continued to expand his horizons and he eventually achieved the necessary certifications for inspecting tunnels, bridges, painting, electrical, airport runways, including asphalt, concrete, and runway lighting. Barry would draw up detailed diagrams for his colleagues so they would have a better understanding of what needed to be done. He performed at the highest level, often receiving compliments and accolades from his employers, peers and the community. Even after leaving New York for Atlanta, GA in 2006, Barry continued working vigorously until health complications forced him to slow down.

Much like his sports and work life, he was very meticulous in how he presented himself, noting that he needed to be dressed well even if he was just going out to the corner store. However, off the court and out of the office, Barry preferred to listen to others and learn about their life experiences instead of talking about his own.

He enjoyed eating a variety of cuisine and liked trying new foods especially those from other cultures. He developed an interest in gun collecting which he and his brother Roger shared and the two bonded over. He also enjoyed assembling, collecting, and playing with model trains.

Throughout his life, he enjoyed listening to a variety of music, especially from the 50’s, 60’s and 70’s and collected Vinyl records in his earlier years. Some of his favorite groups included The Delfonics, The Blue Notes, The Chi-Lites and The Temptations.

Barry also enjoyed watching sports, even the ones he didn’t play; he would often watch different sports on TV in his free time. In his later years, he would also make an annual trip to watch the Daytona 500 with some of his friends.

Barry graced us with his warm smile and inspiring spirit for 75 years before the lord saw fit to call him home. So many of us have lived humble lives and never sought to press ourselves to our limits, but Barry was not one of those people. Even though he was a star athlete, he was very humble and the attention he was given never changed who he was, a passionate and hard working man. He was a good friend, teammate, husband, and father.

Decades have passed and the people he met along his life’s journey still remember him fondly. His humility combined with his willingness to listen to others instead of talking about himself, resulted in even some of those closest to him not being aware just how much he contributed to the world of sports, as well as the community.

He lived a life many would aspire to, but few have the passion and dedication to achieve. Friends and family continue to honor and reflect on his memory; “He was one of a kind”, “One of the best that ever grew up in Chambersburg”, “Was always a gentleman.”, “A great classmate, friend and all around human being.” Clearly, even after his passing, he is still an inspiration to those who knew him.

He is survived by his wife, Loretta; son, Barry, Jr.; daughter, Angela; five grandchildren; one great grandchild and two siblings: Johann and Charles.

In addition to his parents, he was preceded in death by three siblings: Steve, Christine and Roger

Rest in Peace, Barry. You are in the house of the Lord now.
We all love and miss you.

The family requests masks for the service.

To send flowers or a memorial gift to the family of Barry Lee Carter, Sr please visit the Sympathy Store. 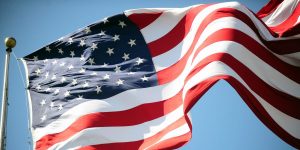 June 8 could be the time the winner is officially known in a Pennsylvania Republican primary for the U.S. Senate seat occupied by the retiring