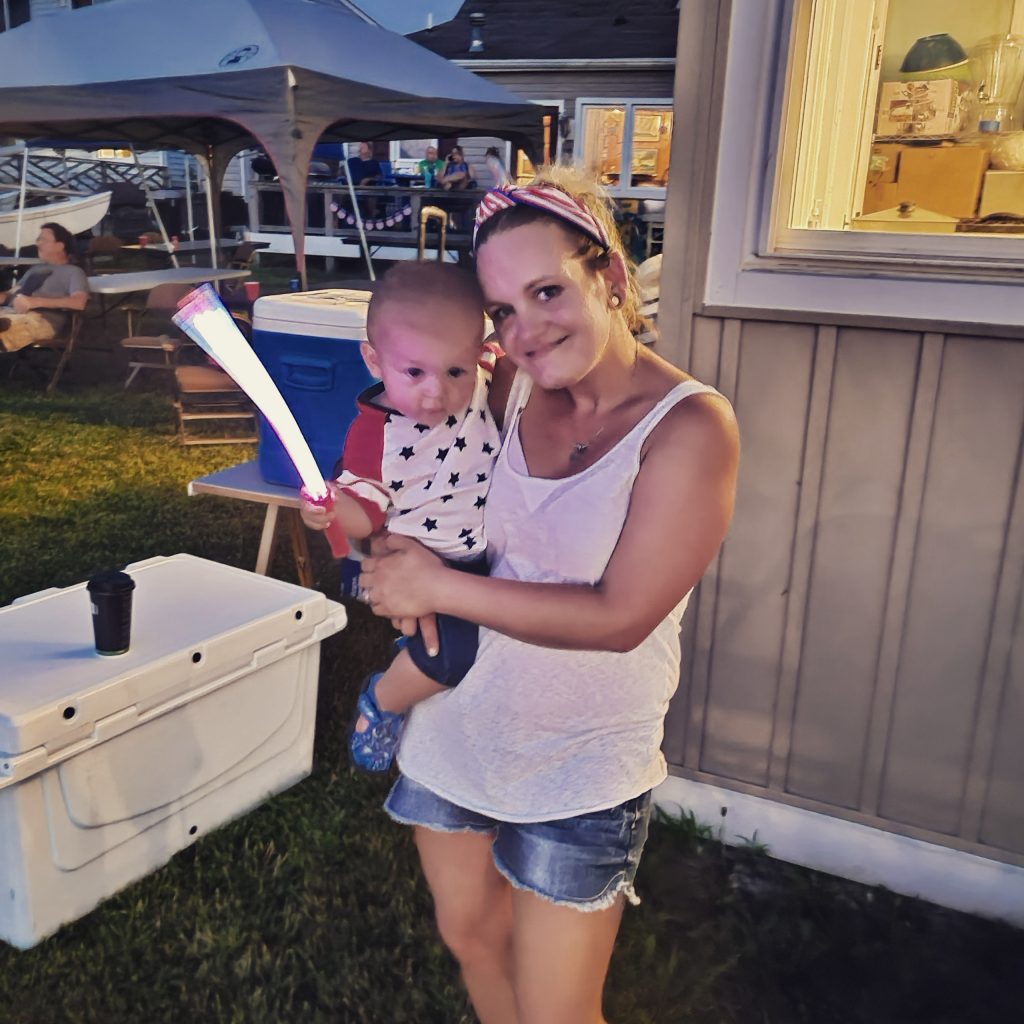 Heather Law has spent almost half of her life battling substance abuse addictions. It wasn’t until this year that she finally began to get a glimpse of what a life without drugs could hold for her and her children.

As a teen and young adult struggling with addiction, Heather lived for her next fix. Today she is an example of how, with the right help, a person with addictions can change their life..

She credits an unusual program run by WellSpan Health for the transformation in her life. WellSpan Foundations Pregnancy Support Services contacted when her son was seven months old, offering help for the many problems she and her baby were facing.

“When they called me about this program, I didn’t expect much,” she remembers. “I have been in a lot of programs but this one is the best.”

The WellSpan program offers coordinated, comprehensive and nonjudgmental care for women with opioid use disorder and their children. The care is available for up to nine months before delivery and 18 months after delivery.

The program turned out to be very different from all the prior programs Heather had tried. It provided for things such as formula and diapers for her baby, Rylan, and directed her to resources such as child care.

The program also provided information for resources such as a food bank when she couldn’t work. It has helped her learn how to budget.

The fact that everyone was supportive and made her feel comfortable impacted her profoundly. In fact, it made the biggest difference in her life.

“My therapist is amazing,” Heather said. ” She doesn’t judge, and she is always supportive. She is a good listener and she really cares.”

“It’s just an amazing program,” she said. “It has provided a ton of resources. But the biggest thing is how caring, loving and non-judgemental they are,” she said.

Heather’s story begins as a young teenager when she began drinking and smoking. By the time she was 15, she was using heroin and crack. At 20, after being in and out of rehab, she gave herself up to her addictions.

“I was on the streets of Baltimore, living for drugs,” she remembers. “I had given up (to the lifestyle and all it entailed) and I thought I would die (there).”

But she didn’t die. Instead in 2009 she found herself pregnant, with a reason to live. She desperately wanted the baby, and went into a rehab program for pregnant women. She managed to get off drugs, staying that way through the birth of her son, and for over a year afterward.

But when her baby was 1 1/2, she relapsed, and when he was six, she lost custody of him. He was her reason for living, and within a few months she was back in recovery and had her child back.

But she wasn’t happy with her life, she said. She desperately wanted something better for herself and her child but struggled to figure out exactly what that was, and how to achieve it.

Her son, she said, had been through three mom/child rehab programs with her. It was time for a change. So she went into a methadone recovery program. Methadone is a medication used in medication-assisted treatment (MAT) to help people reduce or end their use of heroin or other opiates.

‘You have to love yourself first’

Heather thought she might have figured it out when she became involved with a man who was himself in recovery, and doing quite well. She was in the step-down stage of the methadone program when she got pregnant again. The program’s doctor and counselors wanted to increase her dosage, but she resisted their suggested dosages, keeping it low enough so her baby wasn’t born addicted.

But after their baby, Rylan, was born, her relationship with the baby’s father faltered.

“He finally left because I was really miserable,” she said. “You have to love yourself before you can love anyone else.”

Today, Heather is slowly learning how to do that.

She credits the WellSpan program, especially the help of her therapist and others who have shown her the importance of loving and caring for herself, and planning for a future that doesn’t include a dependency on drugs.

She is off of methadone, looking to the future and recently began a Certified Nursing Assistant course, setting goals for herself and her children.

“I’m striving to be a better person,” she said. “I never had goals or ambitions but now I want to be better for myself and my children.”

The program’s services include access to medication-assisted treatment, which combines the use of medications and behavioral therapy to treat people who have substance use disorders. It also offers recovery support, prenatal and post-partum care, pediatric care and referrals to social service agencies for food, housing and transportation. To help build healthy families, the program assists moms with referrals to childcare, early intervention programs and parenting classes, as well as GED classes.

The grant has allowed WellSpan to serve mothers in Adams, Franklin, Lancaster, Lebanon and York counties.

The grant was part of $3.4 million in federal Substance Abuse and Mental Health Administration grants awarded by Pennsylvania Gov. Tom Wolf, for support services to pregnant and postpartum women with opioid use disorder.