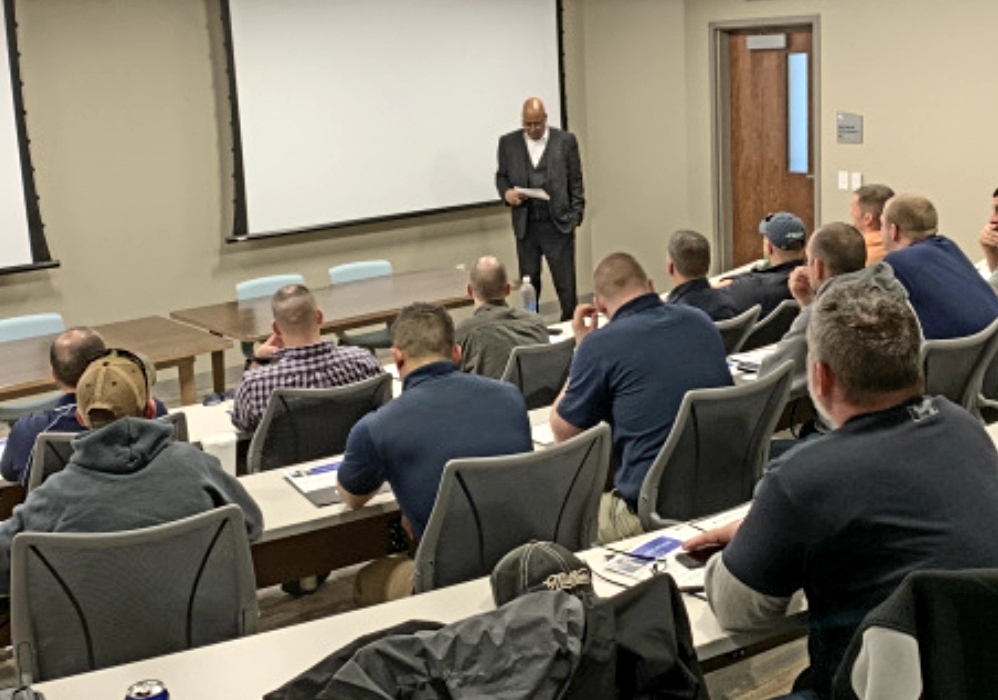 CHAMBERSBURG — Over half of Chambersburg Police Department’s officers completed diversity and implicit bias training this week.

The rest of the department, including Mayor Walt Bietsch, will take the class on March 27.

Bietsch said the entire department will take the training, including non-uniformed personnel.

“It’s not that we are aware of any problems in Chambersburg between the different diverse groups that make up our community,” he said.

Instead, the idea is to strengthen the department’s relationship with the community.

“It’s kind of a checkoff in the interest of bringing awareness to our officers and staff of the diversity (of the community) and the implicit bias everyone has whether they are aware of it or not,” he said.

The three-hour training session was conducted by Mike Jefferson, the Director of the Crispus Attucks Center for Employment & Training of York.

Charles “Chuck” Maxfield, also from the Crispus Attucks, assisted in facilitating the training.

Bietsch said the training was “very dynamic” and would be an asset to the department.

“We have a very diverse community here,” he said. “Training like this brings that to the forefront and makes us aware” of issues associated with that diversity.

While the police department — made up of mostly white males — doesn’t have the same level of diversity, that is something local officials hope to change.

Bietsch said the department is looking at ways to add more women — the deparment has one female officer — as well as Hispanics and Blacks to its ranks.

“Hopefully, with our next hiring, we can do that,” he said. “I think you will see the complexion of our department change.”