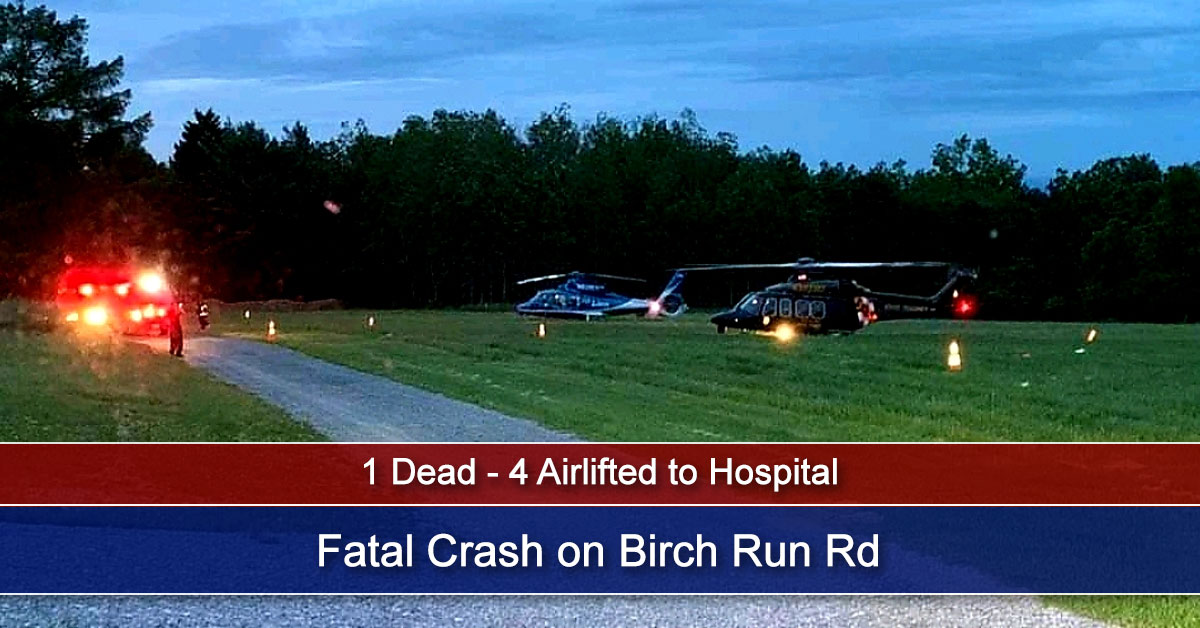 Grant Windbeck was pronounced dead at the scene of the 7:44 p.m. crash, according to a spokesperson for the Adams County Coroner’s office. An autopsy is scheduled for 8 a.m. tomorrow in Allentown.

Windbeck was a passenger in the back seat of a Toyota Tacoma driven by 21-year-old Austin C. Socks of Waynesboro.

Socks and three other passengers in the vehicle were all airlifted to Hershey Medical Center with suspected serious injuries, according to a Pennsylvania State Police news release.

In addition to the driver, the injured included a 15-year-old Waynesboro girl and two adults from Chambersburg: Nancy C. Marzullo, 50, and Terry Socks, 47.

According to the police report, Austin Socks was driving a 2002 Toyota Tacoma when he lost control of the vehicle and it went off the west side of the road and hit a tree, heavily damaging the passenger side of the vehicle.

The police report indicated no one in the vehicle was belted in.

The crash happened on Birch Run Road in Michaux State Forest about 2,000 yards east of Milesburn Road, according to the police report.

Birch Run Road leads to the Long Pine Reservoir. The crash happened not far from the Big Flat parking lot for an ATV trail in the forest.

It was there first responders set up a landing zone for the helicopters called to airlift the victims to Hershey’s trauma center.

Burch Run Road was closed while the victims were transported to the landing zone to be airlifted and police conducted their investigation.

Warrant Issued for Man Who Took Stepson for Joyride on Stolen...

December 23, 2019
Thanks for subscribing! Please check your email for further instructions.