Book Review: Black Clover, a ‘can’t put it down’ book 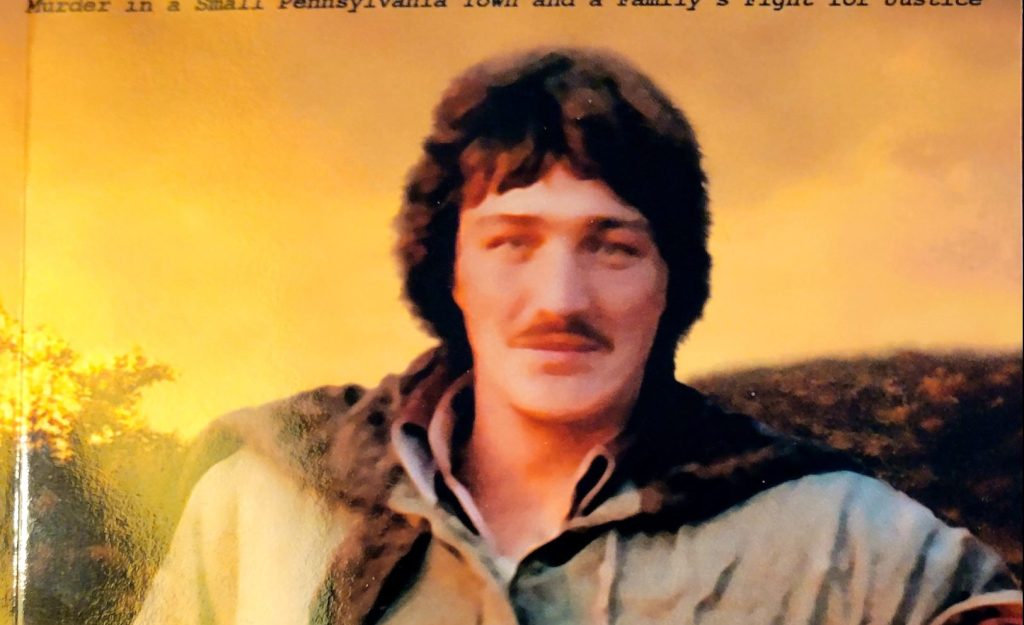 Black Clover tells the true story of the heart-wrenching murder of author C. Lee Ryder’s brother Carl and the lengths at which the legal system can be manipulated if the victim’s family doesn’t fight back.

The story takes place not just in Franklin County’s rural Path Valley, but in Pennsylvania’s legal system. Cindy (C. Lee) Ryder expertly weaves the story of the family’s search for Carl’s body, their struggle to come to grips with the horrific crime, and a three-year fight to obtain justice in this spellbinding, “can’t put it down” book.

To celebrate its release, the Franklin County Visitors Center is hosting a book signing event on Small Business Saturday, Nov. 27. Cindy will sign copies of the book starting at 9 a.m. A limited number of books will be available for purchase, or fans who already have copies of the Sunbury Press book can bring them in for Cindy to sign.

The Visitors Center is located on Chambersburg’s Memorial Square next to Central Presbyterian Church.

In addition to Cindy’s book signing, Patrick Ryan and Michele Jansen recently interviewed her about Black Clover on NewsTalk 103.7FM.

What it’s all about

Amberson businessman Carl Ryder was murdered the evening of Aug. 5, 2006 as he walked through the door of his home upon returning from a vacation in the Outer Banks. Scott Nathan “Scotty” North — a member of a local law enforcement family — was sentenced to 22-47 years in prison in connection with the murder three years later.

The book tells the story from the Ryder family’s perspective. Cindy Ryder expertly weaves together a narrative of those intervening years and the family’s journey. It moves from the initial frantic search to find Carl’s body, to months of gathering crime evidence themselves left behind by police. A plea bargain prompts family members to picket the court outside the county courthouse prior to North’s sentencing.

Writing the book — a decade-long journey — was Cindy’s effort to not only set the record straight; but to let other victims know they are not alone in their own journey to seek justice in a often times flawed criminal justice system.

It was 2010, four years after Carl’s murder and the year after North’s plea bargain and sentencing. Cindy was searching for a way to help others who live with similar grief, and maybe herself.

She discovered the PA Speakers Bureau, a program for victims of crime interested in helping other crime victims. She figured she had something to contribute. When that didn’t pan out, she started putting her thoughts about the murder and the family’s ordeal down on paper.

The end result is Black Clover.

With the story told and the book flying off the (Internet) shelves, Cindy is now stepping back and thinking about her future without Carl, her best friend and brother.

The Ryder family took important steps in their grief journey after North’s sentencing. They finally got Carl’s remains back from the forensic experts who were holding them for evidence. They were at last able to have a formal funeral service and lay him to rest in Amberson.

The family replaced the home where Carl lived — and Scott North fired the fatal shot that killed him that night 15 years ago — with a pavilion for family outings.

With the book at the publisher, Cindy started a new project last year, this one involving hard manual labor. To complete the family gathering site on Carl’s property, she decided to put a wellhouse over a century-old well on the property. She mentioned the well in her book, and as she contemplated the project, it took on more significance.

Cindy did all the manual labor herself, from hauling rocks for the round wall, pouring concrete for the foundation and later for the curved capstones to erecting rafters and putting a roof on it. She asked her brother Clint for help with the ridge cap.

“The hard work made everything else I do now seem like a piece of cake,” she said. “Not to mention all the important thinking I did while building it.”

Looking to the future, now that she is a published author, she intends to keep on writing and is already putting together plans for her next book. No, not another murder story, but perhaps a historical novel based on Noah’s epic flood.