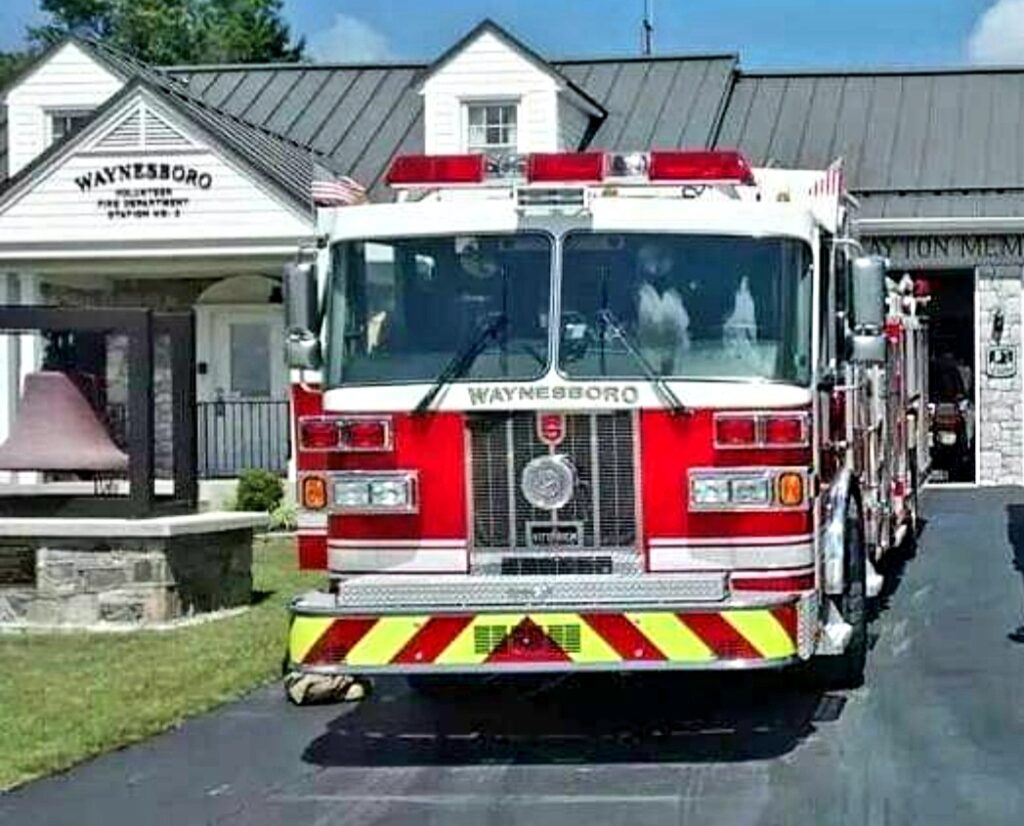 Waynesboro’s Borough Council has decided to end its first due fire service to Washington Township following aa breakdown in contract negotiations. The issue is not the township’s 2021 payment of their share of costs under the current expiring contract, according to Borough Manager Jason Stains.

It is an issue of Washington Township contributing a fairer share of Waynesboro’s costs going forward; and Waynesboro’s borough council decision to ask for increased funding in the new contract.

The decades-old formula no longer meets the needs of Waynesboro’s citizens, Stains said. Borough residents have been underwriting a portion of the fire service for Washington Township under the current contract. Council feels that isn’t fair to its taxpayers.

“We felt there has been sufficient time to get a deal through,” he said. “Fire protection is a very expensive undertaking. We have a $1.1 million fire budget for 2022.”

Washington Township accounts for 45% of the total service area of the Waynesboro Fire Department, according to Stains. That represents $370,761 of Waynesboro’s 2022 fire budget. But Waynesboro isn’t asking for that much from the township. Instead, they would like less than half of that in 2022 — $150,000 — as the township’s fair share.

The township, however, won’t budge above its $125,000 offer, according to Stains.

Washington Township’s 2022 advertised budget carries forward a balance of $56,363 from their Fire Tax that could provide the additional $25,000 without passing a tax increase on to their residents, Stains said.

Talks stalled following the Washington Township Board of Supervisors refusal go above $125,000 for continued service in 2022, Stains said. The proposed contract turned down by township supervisors gradually increases the annual contribution requirements, giving the township nine years to fully reach the point where they pay their full share of the cost of the coverage.

“The borough of Waynesboro is pretty much built out,” Stains said. “Washington Township has the advantage of growth.

Quincy Township is the third municipality served by Waynesboro’s Fire Department. Stains said it represents 5% of the department’s calls. Yet it pays its full fair share for that coverage.

Waynesboro will continue to support other fire departments on various call types, Stains said. He stressed that the borough’s primary focus must continue to be the citizens and taxpayers of Waynesboro, however.

“Waynesboro was forced to raise taxes in the 2022 Borough budget for both the Police and Fire Departments,” he said. “It is not the responsibility of Waynesboro taxpayers to subsidize Washington Township.”