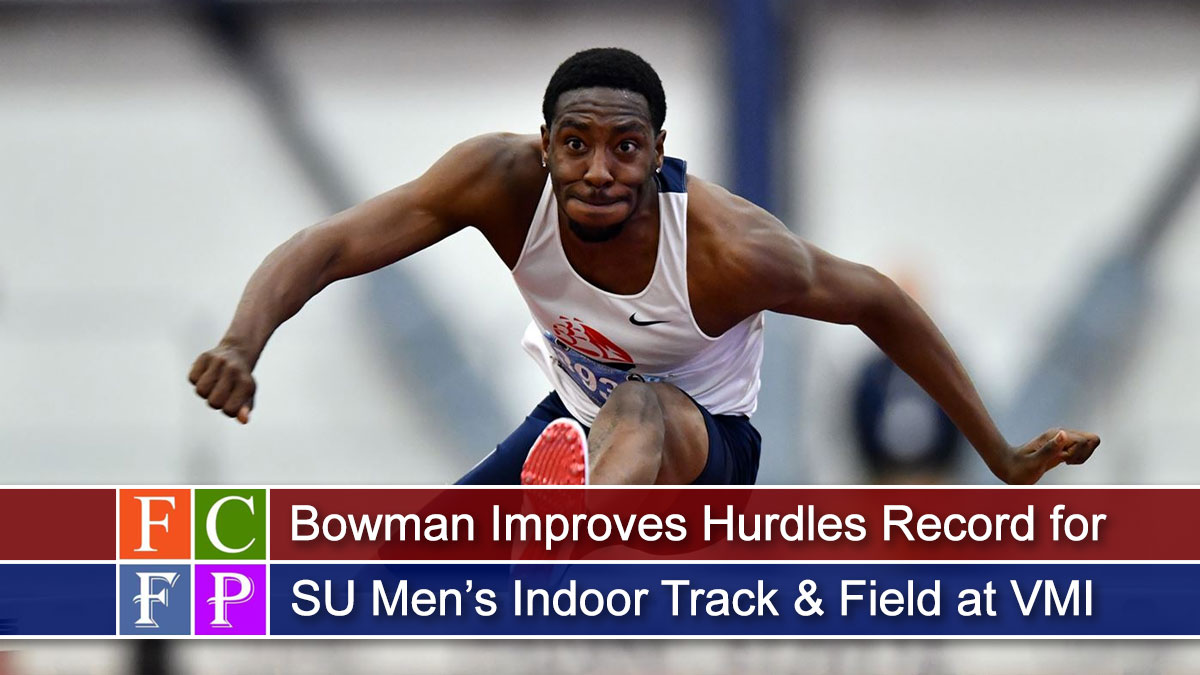 Bowman ran 7.94 seconds in the semifinals of the 60-meter hurdles, improving his PR by .01 seconds and his season best by .05 seconds to put himself in sole possession of fifth place on the national leaderboard for the event. He ran 8.06 seconds in prelims, and will run in the finals on Saturday.

Sophomore Roland Miles (Coatesville, Pa./Coatesville) will run in the 60-meter dash finals on Saturday after posting a pair of NCAA-provisional times – 6.87 seconds in the prelims and 6.83 seconds in the semifinals. His season best remains 6.80 seconds.