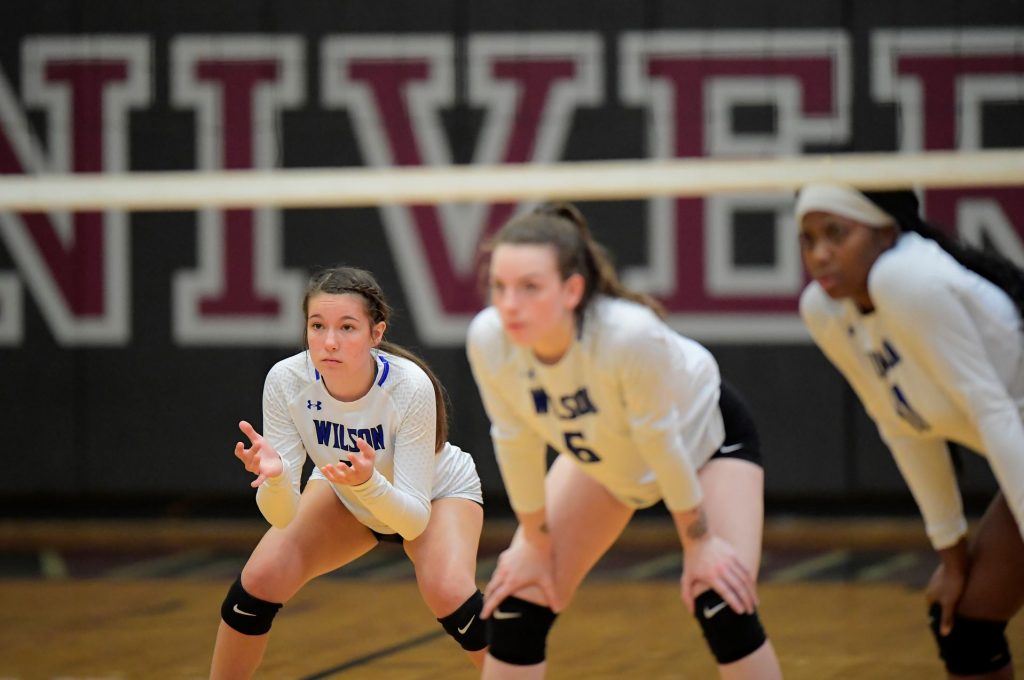 In the first stanza, the Phoenix jumped out an 8-2 lead before the Highlanders started to work their way back into the set, cutting the Wilson lead to just two points, 10-8. This sparked a 10-2 run that extended the Phoenix lead to 20-10.

Cairn would not go down easily, fighting their way back into the set and eventually cutting their deficit to just one point, 22-21. Wilson ended the set on a 3-0 run, taking the first set by a score of 25-21.

In the second set, the Highlanders took an early 6-3 lead. That’s when the Phoenix started to gain some momentum and flipped the score in their favor, 9-7. The two teams kept it close throughout, with neither opponent finding a solid lead. Later in the set, with Wilson trailing 21-24, senior Tia Jones (Springfield, VA., Lake Braddock) came up big with two, back-to-back, kills; cutting the deficit to just one point. Despite the effort, Cairn closed out the set, 25-23.

The Phoenix were all business in set number three, taking the lead early and extending their lead to 11-5. Later in the set, with Wilson up 19-13, the Highlanders ignited a big run that flipped the score and put them in front, 22-20. Not to be deterred, the Phoenix started a five-point rally that gave them the set, 25-22.

After Cairn took the first point in the final set, Wilson put together an 11-2 run that pushed them in front, 11-3. The Phoenix never looked back as they took the final set by a score of 25-14.

The women’s volleyball team will continue CSAC play as they get set to host the Patriots of the University of Valley Forge (1-12, 0-6 CSAC) on Thursday, October 21, at 7 p.m.