A bridge replacement project on High Street in Carlisle next week brings with it traffic delays for at least a full day on July 30, PennDOT said.

The public can expect some delay when a contractor replaces a bridge over Letort Spring Run with new pre-stressed concrete box beams.

One-lane traffic will be the norm on Friday, July 30, at the bridge replacement project on Route 74 (High Street) in Carlisle Borough, Cumberland County.

The contractor will set 10 beams over Letort Spring Run, starting at about 7 a.m. The project will take one day to complete.

Traffic on High Street will be reduced to a single lane at the bridge. Flaggers will direct alternating directions of traffic through the work zone. For safety reasons, motorists can expect traffic stoppages of about 10 minutes as each beam is picked up for placement.

This work is part of a bridge replacement project including: 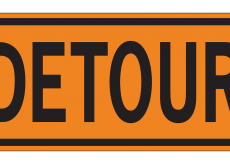 PennDOT: Maintenance on I81 next week