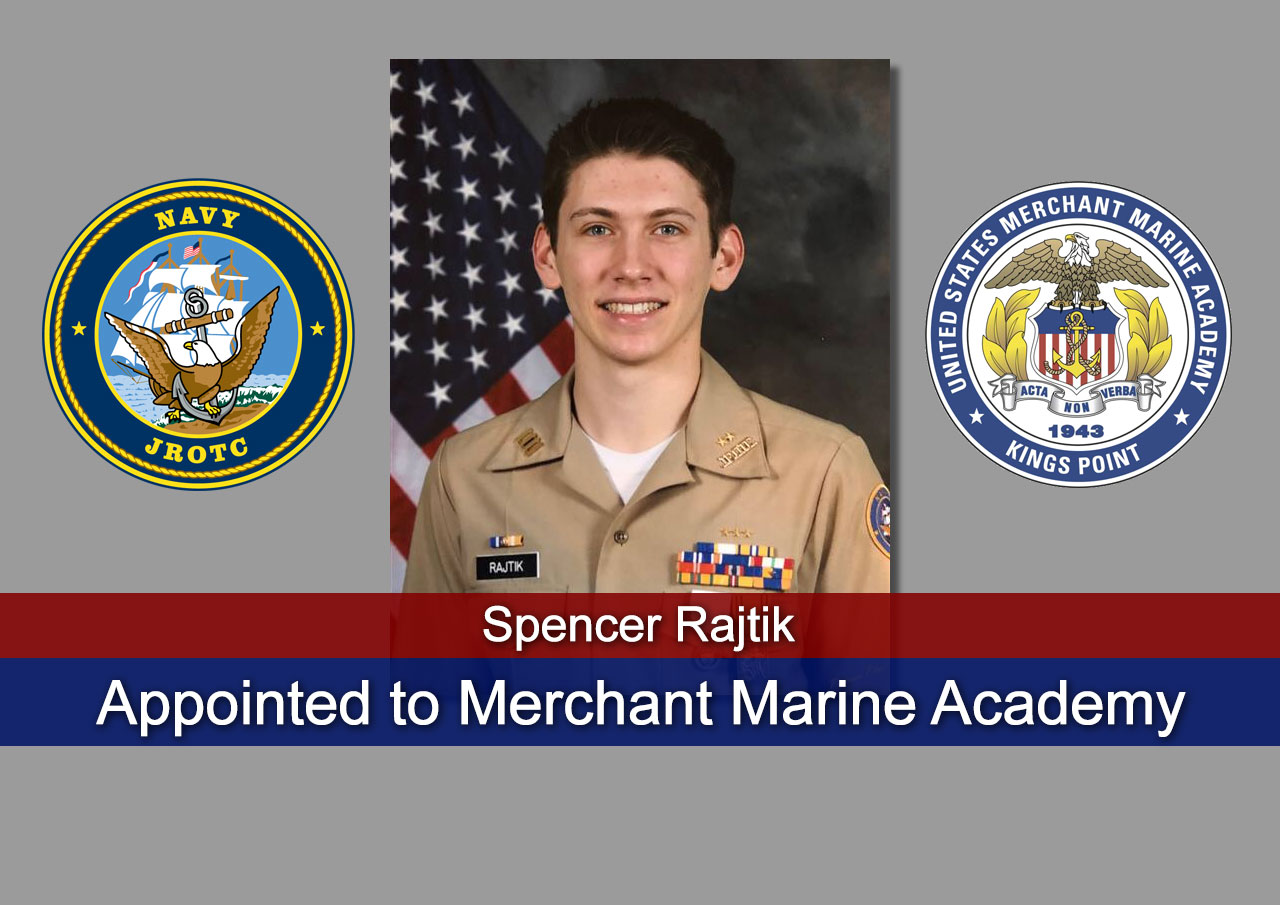 Rajtik will begin his undergraduate studies at the academy this fall with plans to earn an engineering degree in pursuit of his ultimate goal of gaining a commission as a United States Navy Officer trained in the operation of nuclear propulsion plants.

He spent his entire high school career as a member of the JROTC program.

“He epitomizes the concept of ‘leadership by example,’” Montney said. “His accomplishments have been recognized with numerous awards and certificates for superior achievement in the program. Outside the JROTC, his academic and extracurricular accolades speak for themselves.”

Appointment to the Merchant Marine Academy includes a full tuition scholarship as well as room and board and is valued at over $150,000.  All graduates incur a service obligation to the US Military or the US Merchant Marine Fleet.

“Cadet Rajtik carries himself with the utmost of confidence and professionalism,” Montney said. “When interacting with teachers and peers, he is always respectful, positive, and humble. He exudes character traits and leadership principles that military leadership cherishes and will undoubtedly be an asset to the United States Merchant Marine Academy.”

In addition to his involvement in the Navy Junior ROTC Program at CASHS where he served as the Cadet Company Commander his senior year, Rajtik was dual-enrolled at Shippensburg University where he completed undergraduate coursework in both the fall and spring semesters.

Rajtik is also a varsity athlete competing with both the CASHS Golf Team and the CASHS Volleyball Team.

Staff Report - April 4, 2020 0
Pete’s services will be held in Dubuque, Iowa in May, with a service and private followed by a celebration of life picnic.