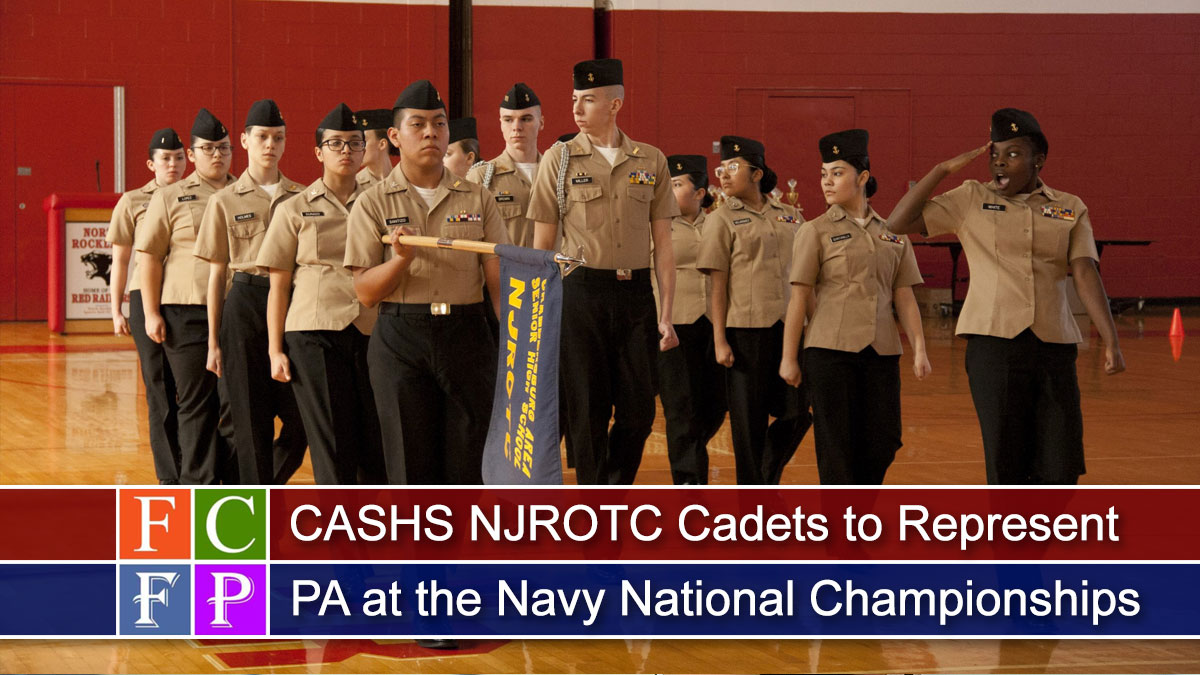 After competing in the Northeast Regional Drill Championships, the cadets earned trophies in the Color Guard, Exhibition, and Uniform Inspection competitive categories. But the cadets fell short of all top awards after a very stiff day of competition.

Understandably, both cheers and tears erupted in the team room when the news broke that the cadets were offered a spot at the Navy National Championships. That offer was based on overall point standings and the cadets first place finish in the ceremonial Color Guard competition.

The cadets will be the only team representing the state of Pennsylvania.

The competition marks only the second time the CASHS Cadets have competed at the regional championship. It’s their first regional competition since their conversion to a full-fledged NJROTC program in October, 2019.

The championship berth is a testament to the hard work, dedication and spirit of the Chambersburg team over the course of a long competitive season.

The NJROTC National Drill, Academic and Fitness Championships will be held at Naval Air Station Pensacola, Florida, April 3rd-4th. The Cadets will invest significant effort into training for the events and raising the resources needed to make the trip.

During that same time, cadets will prepare for the Annual Pass-in-Review and military inspection at 9:45 a.m. March 11 at CASHS.

An invitation has gone out to the public to attend this annual military celebration. It’s a chance to get a sneak peak at a performance of the award-winning CASHS Drill team and wish them well prior to the National Championships.

Members of the community are invited and welcome to contribute to the effort to send the Chambersburg Cadets to Pensacola. Contact Commander Bruce Apgar at the Chambersburg Area Senior High School to help. He can be reached at 717-261-3322 ext 86704.

CASHS’s NJROTC is a citizenship development program of the Chambersburg Area School District and the Naval Service Training Command.

Vicky Taylor - April 8, 2020 0
Some inmates in one of the jail’s eight housing units went on a hunger strike Monday. They are protesting new rules instituted in recent weeks as COVID-19 spread across Pennsylvania.