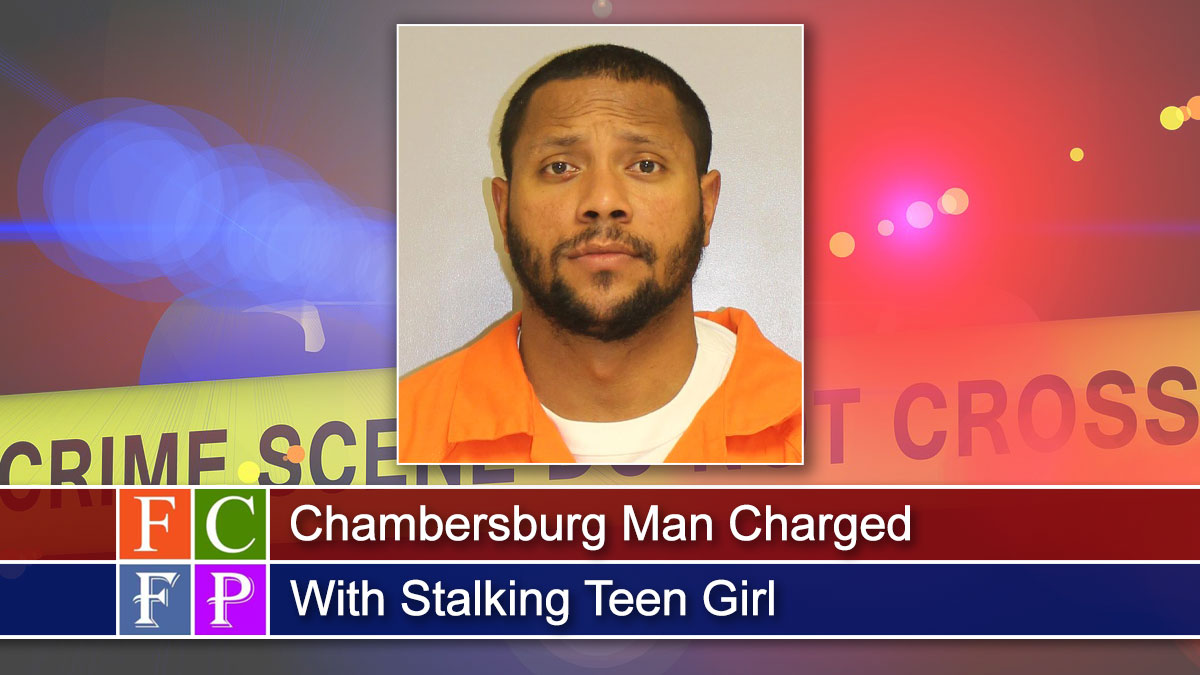 A 32-year-old Chambersburg man wound up in Franklin County Jail this week accused of stalking a local teenager.

Travis Robert Wheatley is charged with one count of stalking, a first-degree misdemeanor. Magisterial District Judge Glenn Manns set his bail at $100,000 during an arraignment on the charge Dec. 21.

Police allege in court documents that Wheatley on at least two occasions sat in his car in parking lots near the underage girl’s job and watched her.

The girl called police the evening of Dec. 20 when the business where she was working on Norland Avenue closed for the night. She reported she had seen Wheatly‘s vehicle in nearby parking lots that day, where he appeared to be watching her. His vehicle was parked in front of the business when they got ready to close, she said.

As Chambersburg police were en route to the scene, Wheatly left the parking lot, according to court documents when the first officer arrived on the scene, he saw Wheatly’s vehicle parked on the east side of a nearby parking lot, out of sight of the business where the girl worked.

Wheatly drove away, turned right on Gateway and was stopped by another officer.

Wheatly admitted knowing the girl worked at the business but claimed he was parked there to use the WiFi.

The girl told police it wasn’t the first time Wheatly had parked his vehicle in the vicinity. About three weeks earlier she was taking a work break and saw Wheatly’s vehicle parked nearby. He got out, walked into a nearby business for about three minutes but did not appear to buy anything. When he came out the girl was with a friend and he drove away, she told police.

The girl told police she also saw Wheatly in his vehicle another day after school when she was walking to a family member’s vehicle near Chambersburg Area Senior High School.

Wheatley’s preliminary hearing on the charge is scheduled for Tuesday in Franklin County Central Court.