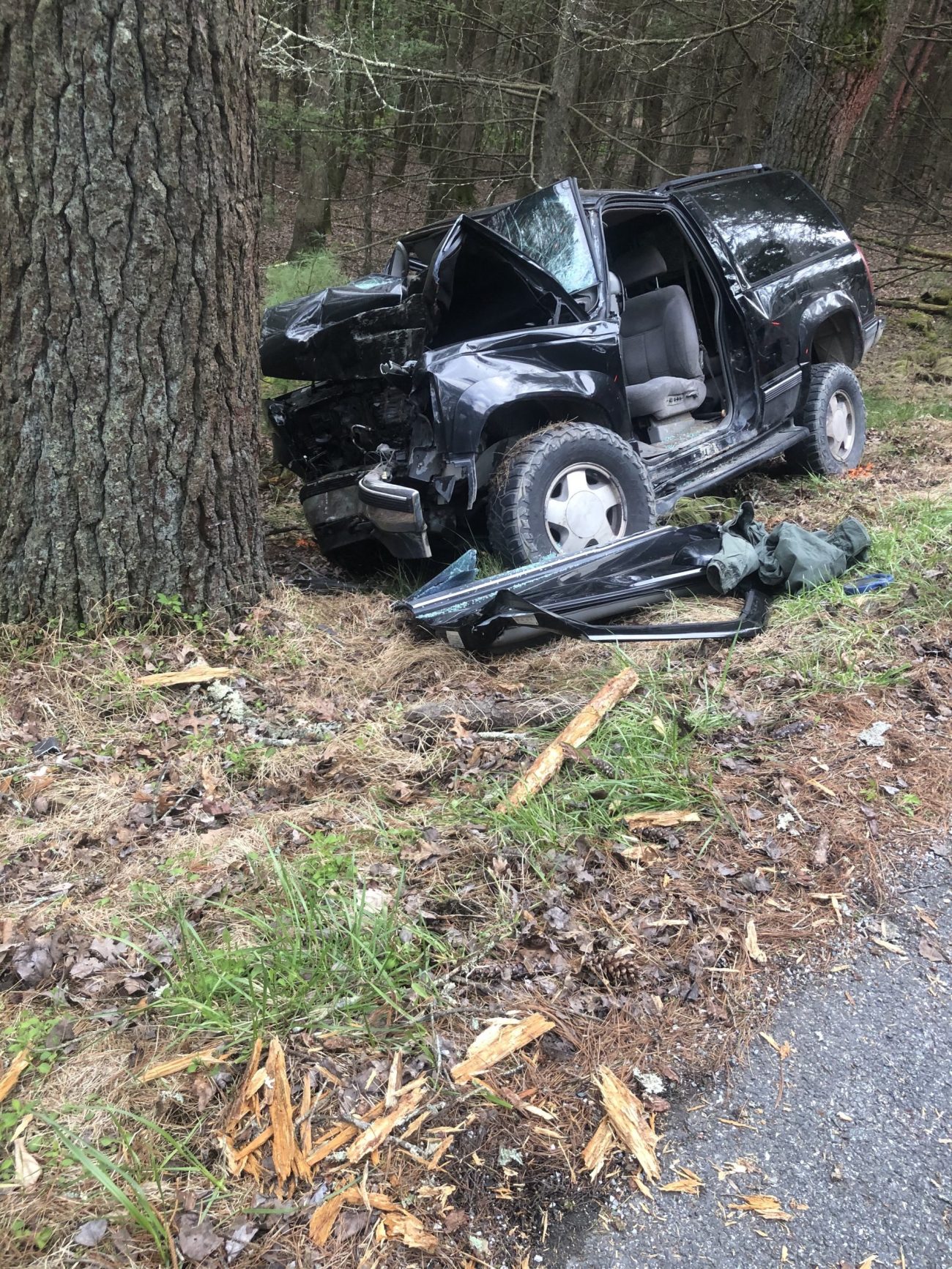 Police said Wingert was northbound on Pine Grove Road just north of Milesburn Toad when the crash happened. The Blazer crossed over the fog line at 5:12 p.m., left the road, hit a traffic sign and a culvert, then a tree.

Buchanan Valley Fire Department and Fayetteville EMS responded to the scene, where they found the Blazer and Wingert.

A black lab dog ran off shortly after the accident, according to first responders at the scene. The Buchanan Valley community is asked to keep an eye out for the dog. Pennsylvania State Police in Gettysburg should be notified when the dog is located. They will notify the family.

Wingert was pronounced dead at the scene by the Adams County coroner.

Police were assisted at the scene by the two fire departments, coroner and Department of Conservation and Natural Resources officers. Lady and Taylor Towing removed the Blazer from the scene.

June 18, 2019
Thanks for subscribing! Please check your email for further instructions.