Skip to content
Franklin County Free Press > Local News > Looking Back > Countdown to 1864: Chambersburg was Rebuilt by 1866, better than before

Countdown to 1864: Chambersburg was Rebuilt by 1866, better than before 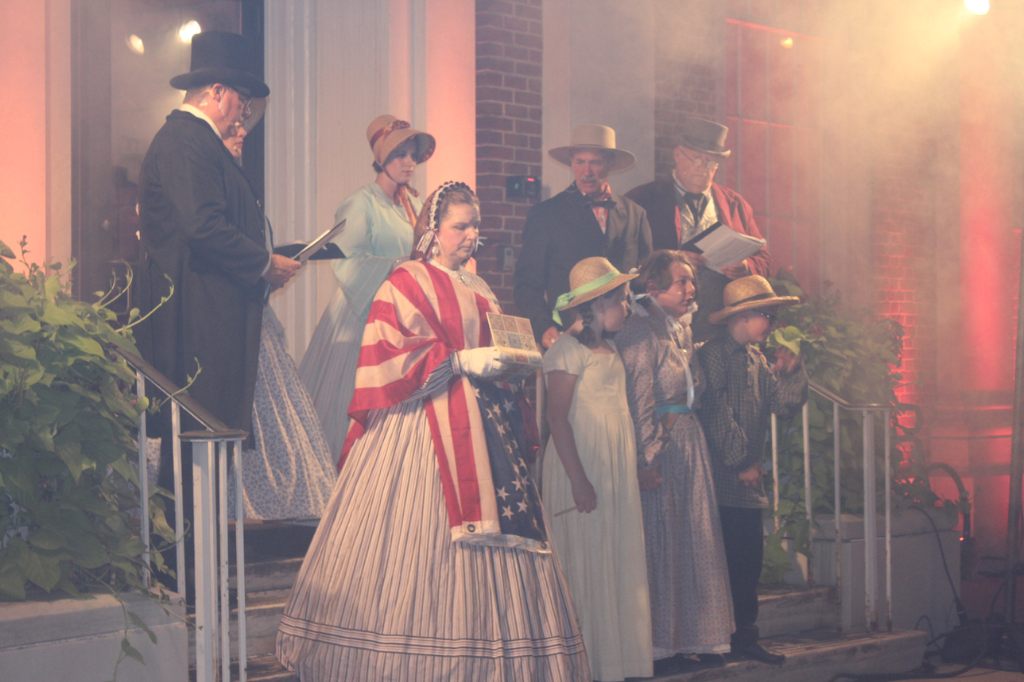 American Heritage magazine, in an account of the burning, reported that the confederate captain said: “It was impossible at first to convince the people, the females, particularly that their fair city would (be) burnt; even when the torch was applied, they seemed dazed.

Terror was depicted in every face, women, refined ladies and girls running through the streets wild with fright seeking some place of safely.” Most fled from the scene though and went into surrounding fields to simply watch the devastating event take place.

Others were defiant. As civilwarseminars.org reports, “one elderly woman gave a soldier a thrashing with a broom.

Another woman extinguished the fire in her home three times before a confederate soldier put a pistol to her head and held it there while the fire spread to the point where the home could not be saved.” Some paid small ransoms in hopes of amnesty.

Chambersburg quickly recovered by 1866,  the courthouse, homes, and businesses were rebuilt, with three-story buildings replacing the smaller buildings that existed before the war. Brick by brick, the town rose again to be stronger and more beautiful, with a fountain dedicated in the center of town on July 20, 1878, to commemorate the county residents who fought in the Civil War.

A two-hour parade took place, and an estimated 15,000 people attended the dedication. The fountain, currently being repaired from an automotive accident, will again stand in Chambersburg’s square.

The Confederate raid on Chambersburg had no impact on the military outcome of the war. But photographs of the burning circulated widely across the North and led to further calls of retaliation, this time for the South. A historical marker was dedicated on Us 30 for the burning on December 5, 1947.

Visit tomorrow for the next installment

In 1973 she and her husband started Robert D. McCulloh Excavating & Paving, Mercersburg. Sandy ran the office until retiring in 2017.

Prior to living in Pennsylvania, Robin grew up and lived in Biloxi, Mississippi. She loved to cook, laugh, and always, always had a story.

Rachel devoted her life to raising her family of 7 and her granddaughter, April Thomas, who shared her home.  She enjoyed her family and her dogs.

Carolyn was born on January 24, 1942, in Gettysburg, Pennsylvania to the late Joseph Shockey and Catherine (Foreman) Shockey Scott.

Born November 27, 1937, Donald retired in 1989 after working seventeen years on the Alaska Pipeline and with the Exxon Valdez oil spill.

Gary held a lifelong passion for motorcycles and dirt bikes and worked as a motorcycle technician since the age of 13, a total of 53 years.