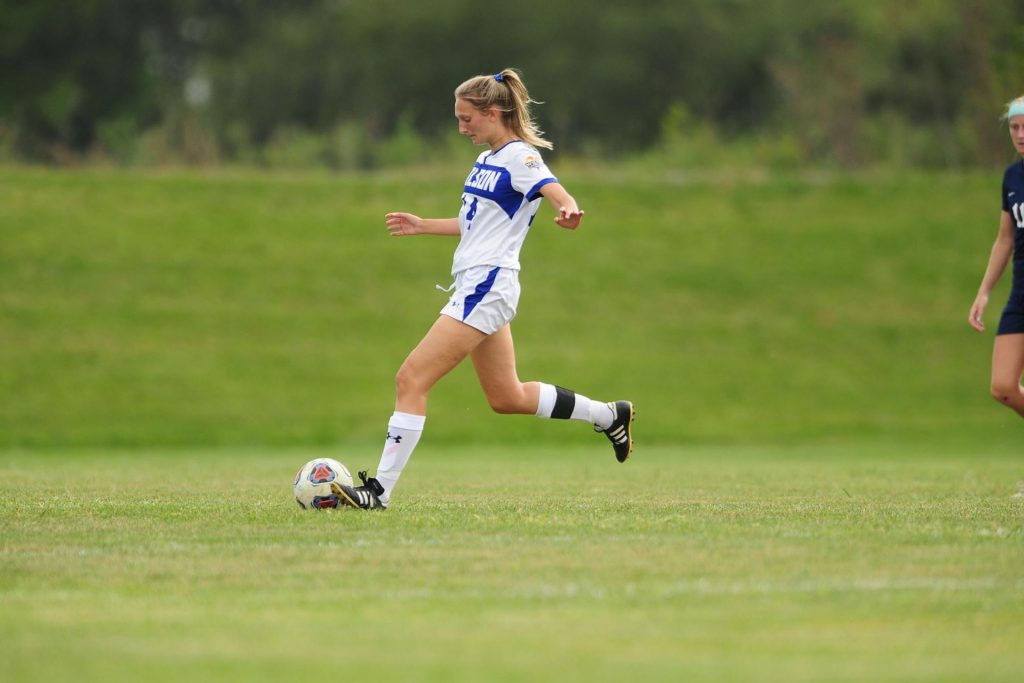 The rain stopped just long enough in the afternoon to get this women’s soccer contest completed. Although the field conditions were wet, the Phoenix offense was able to put pressure on the Tigers for the majority of the match.

Although the Phoenix dominated, the teams went into halftime in a scoreless tie.

Early in the second half, the Phoenix offense was able to break through as freshman Chloe Antalek (Wappingers Falls, NY, Beacon) took a pass from Elliott and beat the keeper for a 1-0 lead.

Fifteen minutes later, senior Nora Hardman (Gettysburg, PA., Gettysburg Area) gathered up a loose ball in front of the goal and snuck it in for a 2-0 Phoenix advantage.

The Tigers were able to make it interesting as a penalty kick led to a goal to cut the deficit to 2-1 with under fourteen minutes remaining, but that would be the final shot attempt for the Tigers as the Phoenix went on for the 2-1 victory.

The Phoenix held a 19-4 advantage in shots including an 8-3 edge in shots on goal. Harris paced the Phoenix with 3 shots on goal while freshman goalkeeper Rebecca Marakovitz (New Market, MD, Linganore High School) tallied 2 saves.