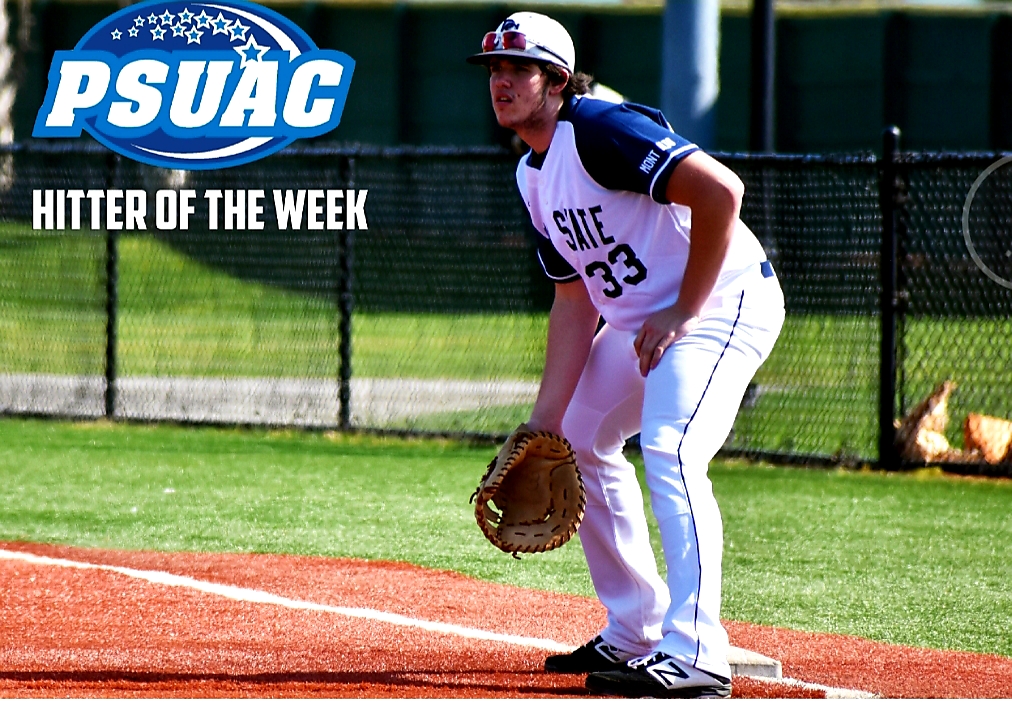 The announcement was made by the league Tuesday afternoon.

Fisher had an outstanding debut for Mont Alto over spring break, batting .455 through the first 11 games of the season.

He drove in seven runs, while scoring three as he has helped the Nittany Lions win four games.

The freshman first baseman slashed five doubles overall and registered a start on the mound, getting the win while allowing three earned runs against Penn State Wilkes-Barre.

He went 3-for-5 with an RBI against The Apprentice School this past weekend as the Nittany Lions dropped a pair of close games.

Fisher sits fifth in the PSUAC in batting average (.455), second in hits (15), and leads the conference early on in doubles with five.

Game times are tentatively slated for 1 p.m. and 3 p.m.

Mont Alto Baseball Team off to a Good Start

October 20, 2019
Thanks for subscribing! Please check your email for further instructions.