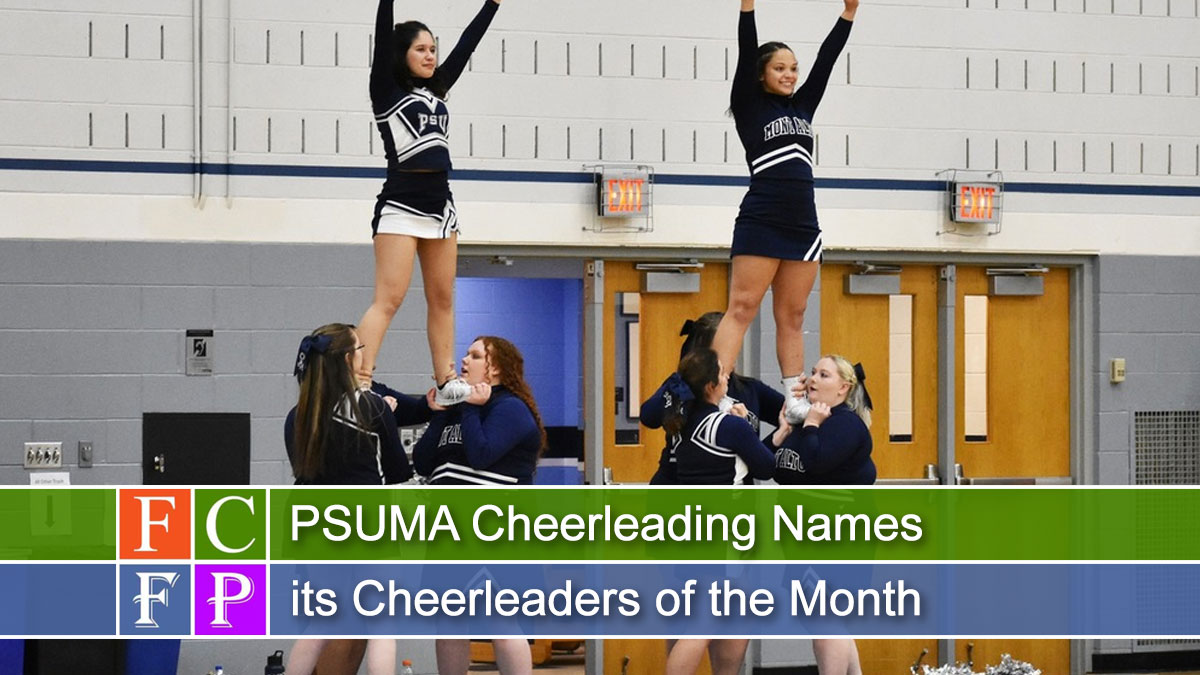 The Penn State Mont Alto cheerleading squad is proud to name junior backspot/base Fiona Dowling (Dallastown, Pa./Dallastown) its January Cheerleader of the Month. Dowling was nominated by her teammates for her outstanding efforts during the month of January.

Dowling was a transfer student and new to the team this year. She quickly earned the respect of her teammates, however, and proved her versatility over the month of January.

“Fiona picked up material quickly, but we really saw a new level of sharpness and confidence in her once we got back from winter break. She just had even bigger spirit in her cheers and dances,” said head coach Jennifer Deinlein. “We used her in a lot of different stunts as both a backspot and a base and she was ready for anything we threw at her.”

In an unprecedented move, the entire squad earned Cheerleader of the Month honors for February, thanks to their efforts throughout the men’s basketball team’s run to the PSUAC championship.

“When I asked for nominations, the team captains each came to me and said they wanted to see all of their teammates receive the award, and it made sense to me,” said Deinlein. “It was a bit of a whirlwind through the end of the season and into the playoffs, but they worked really hard to keep improving all their skills.

“It was such a privilege to cheer for the conference championship game – and in a venue like the Bryce Jordan Center – and I’m extremely proud of how they performed and the versatility they showed throughout the journey there. It really is impossible to pick just one standout for the month – this was truly a team effort.”

The team cheers for all home men’s and women’s basketball games. It concluded its season three weeks ago cheering for the Mont Alto men’s basketball team at the Bryce Jordan Center as they won the 2020 PSUAC Championship.