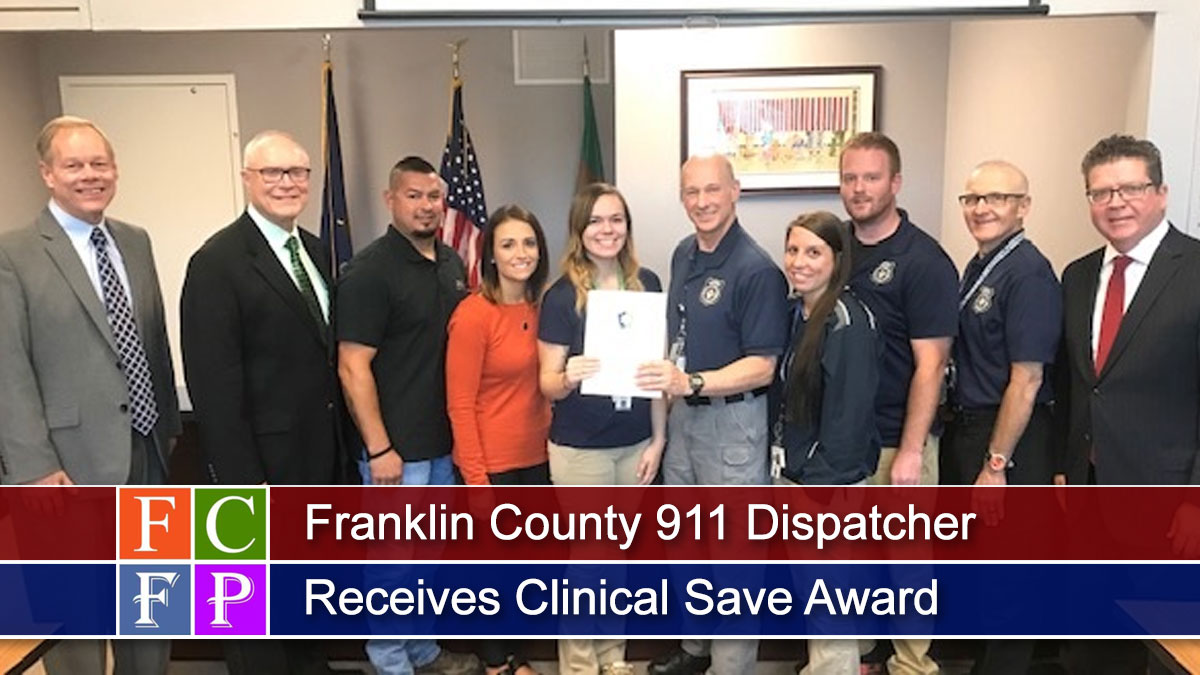 FRANKLIN COUNTY (Sept. 6, 2019) — Makenzie Cleary, a 911 Dispatcher, received a prestigious award for her actions this summer in helping save a man’s life.

“We are thankful for Makenzie’s efforts in this critical situation resulting in a life saved,” said Commissioner Chairman Dave Keller.

In mid-July, Cleary received a call from a Montgomery Township woman whose husband was having an allergic reaction. She guided the wife through the process of providing CPR until help arrived.

It surprised Cleary to know that she was the intended recipient of the award, but she was even more surprised to learn that the couple she helped was on hand to see her get the award.

Amanda called 911, taking directions for CPR from Cleary. “I couldn’t have done it without her,” said Amanda Woodring.

At the time of the call, Cleary was a supervised trainee. She has only been with the Department of Emergency Services for six months, but Thierwechter says her actions were extraordinary.