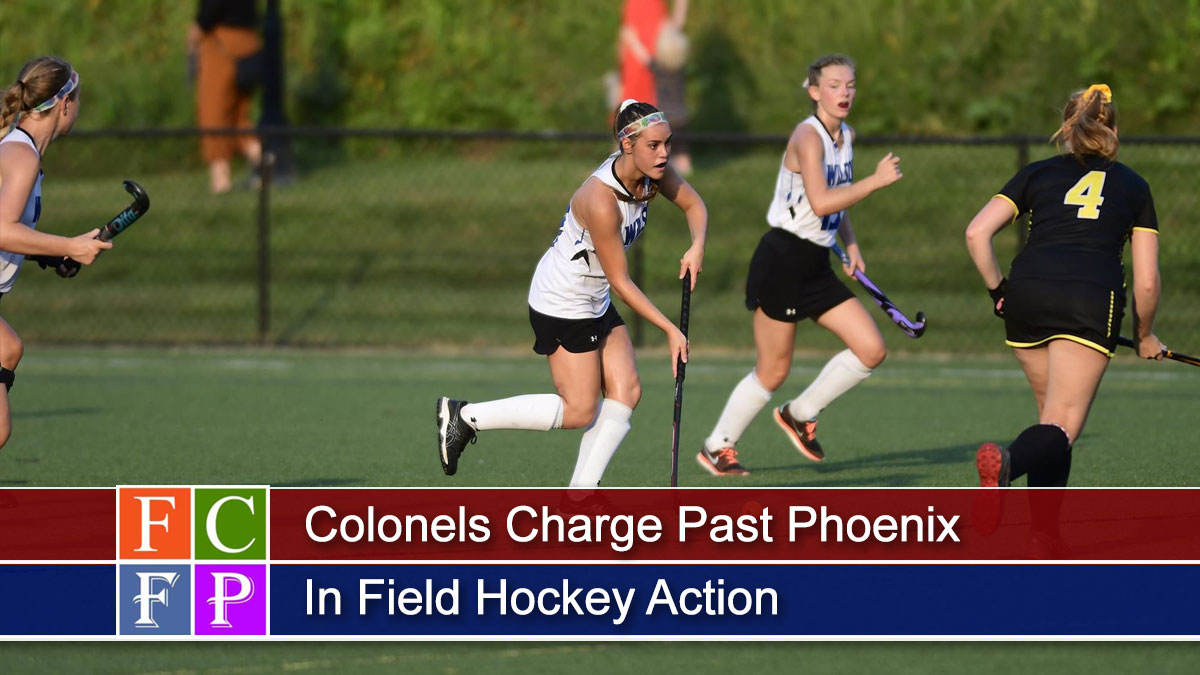 CHAMBERSBURG (Sept. 21, 2019) —  The Wilson Phoenix field hockey team was not able to get on the scoreboard in a home game Saturday, falling 3-0 to the Wilkes University Colonels. With the loss, Wilson drops to 3-4 on the season while the Colonels improve to 5-3 overall.

With four minutes left in the second quarter, Julia Kiss of Wilkes fired a shot off a rebound that found its way past Nayadley to give the Colonels a 1-0 lead just before the half. The Phoenix trailed 1-0 at half time while being outshot 10-1.

Midway through the third quarter, Wilkes was able to extend their lead to 2-0 off a goal from Morghan Murphy. Ali Dunn assisted on the play. The Wilson offense had their most productive offensive period in the third quarter. They took four shots, but none were able to find the back of the cage.

Morghan Murphy scored again for the Colonels late in the final quarter of play. That put the Phoenix away, securing a 3-0 victory for the Colonels. The Phoenix took two shots in the quarter. The Wilkes’ goalie saved one and the other was blocked.

Shots were 18-7 in favor of the Colonels while penalty corners were 11-5 also in favor of Wilkes. Krista Nayadley finished the game with 11 saves for the Phoenix while Breeann Sheaffer (Middleburg, Pa., Midd-West) and Michaela Singer (Annville, Pa., Annville-Cleona) combined for 5 of the 7 shots for the Phoenix.

The Phoenix will head to Roanoke College (3-2) on Tuesday for a nonconference game at 7:00 p.m.