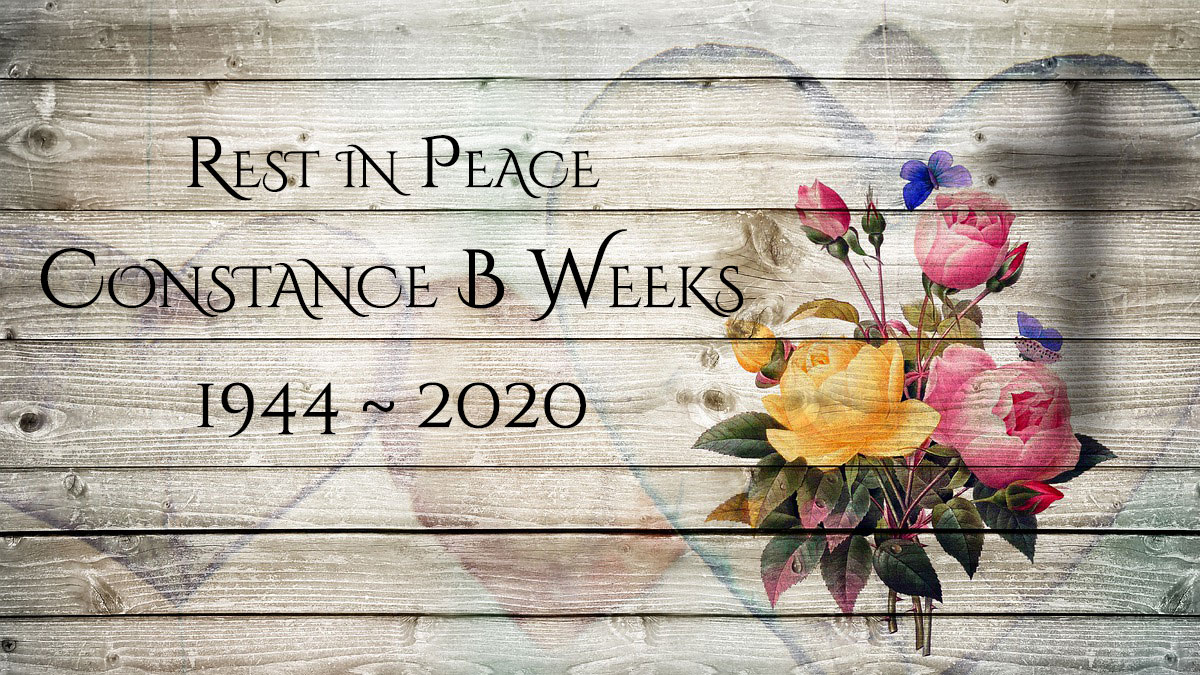 Born in Philadelphia in 1944, and raised in Media, Pa., Constance Barbara Chia Bluma (Life, Blossom) Levin Weeks owned a diploma from Media High School, a Bachelor’s degree from the University of Pennsylvania in Political Science and a Teaching Certificate from Wilson College.

As a child, she attended Temple Israel Synagogue in Media, later she became a member Living Word Fellowship in Suburban DC under the pastor-ship of Stan Telchin, where she was church secretary.

Connie served in the Peace Corps in the 60’s in Bolivia.

In 1969 she married Wilhelm Levi Moller and she and her family survived the 1973 Yom Kippur War, living then in Haifa.

She was married to Dan Weeks in 1995 by Bill and Linda Harter of Falling Spring Presbyterian Church, where they met. She had worked at the Children’s Home, and taught school at Chambersburg Christian Academy, and Faust Jr. H.S.

She was also active in the Franklin County Democratic Women’s Club and served as a docent with the Franklin County Historical Society. She liked to watch TV and was an avid fan of the Redskins, the Eagles, and MSNBC. She enjoyed cooking and made everything from London Broil to Latkas. She also loved history and archaeology.

She was preceeded in death by her brother Leonard Bruce Levin, DVM, and parents Norma and Benjamin Levin. She is survived by her husband, her brothers, Dr. Eric Levin and Phillip Levin, her two sons, Arie and David Moller, and her grand children, William, Eitan, Shyleigh, and Tamir Moller.

The funeral service will be Tuesday, January 28, 2020 at Sellers Funeral Home in Chambersburg. Visitation will be at 1 p.m. and services at 2 p.m.

Vicky Taylor - April 2, 2020 0
Today’s police log Includes a report of missing children and a multitude of other incidents. It all shows area...