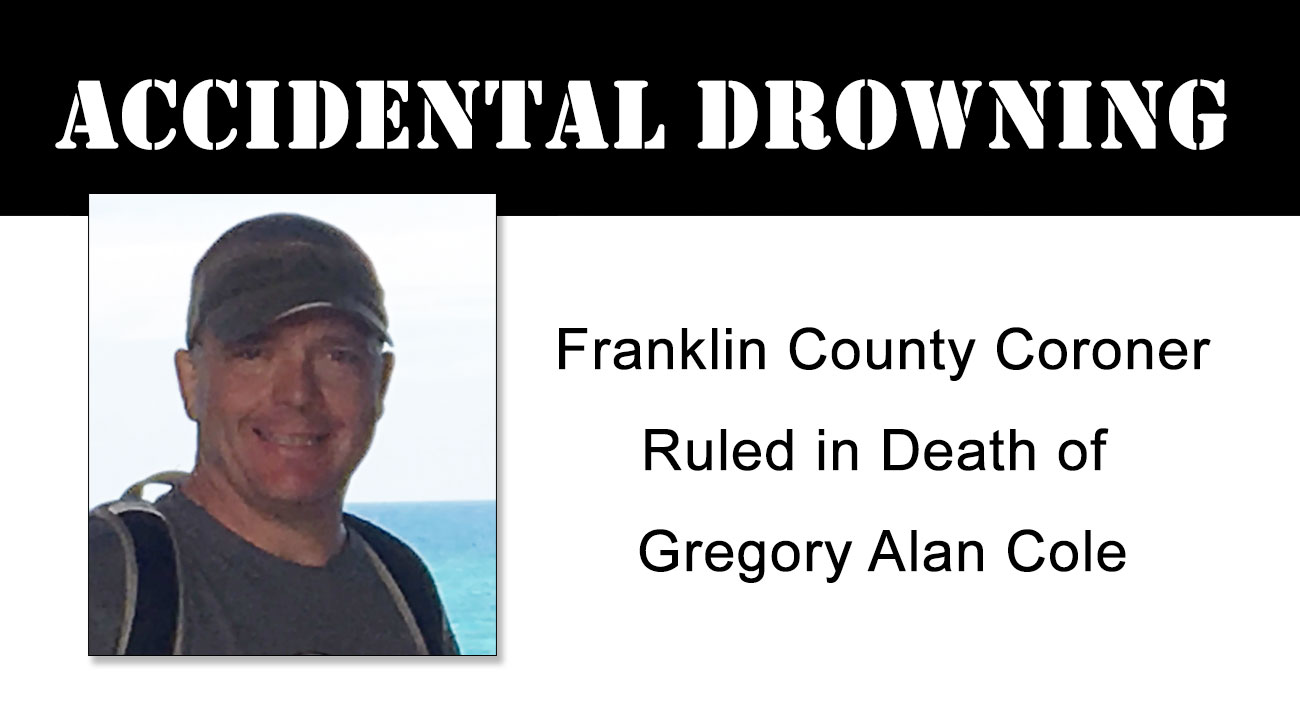 MERCERSBURG — Franklin County Coroner Jeffrey Connor has ruled the death of 51-year-old Gregory Alan Cole to be an accidental drowning.

Cole was missing for four days before searchers found his body in a large pond last Thursday morning not far from his Knob Road home in Montgomery Township.

Cole was reported missing Sunday. He was last seen at about 12:30 p.m.

He reportedly disappeared while out on a boat at the same 6 1/2 acre pond where his body was later found.

The initial search that day turned up a boat and an oar, but no sign of Cole.

State troopers on horses helped with the search. More water rescue units were called in. The state fish and boat commission sent people to help.

The search became more intense Tuesday. Water rescue teams were at the scene. Divers were called in. But searchers still came up empty-handed.

By the time Cole’s body was recovered Thursday morning, over 100 searchers from multiple agencies had participated in the search.

Cole’s death was first announced by his employer, the Maryland Department of Public Safety and Correctional Services, at about mid-morning Thursday.

Cole was with the agency’s Special Operations Group in Sykesville, Md.

Ten members of the Special Operations Group helped with the search.

Two opposites, much in common