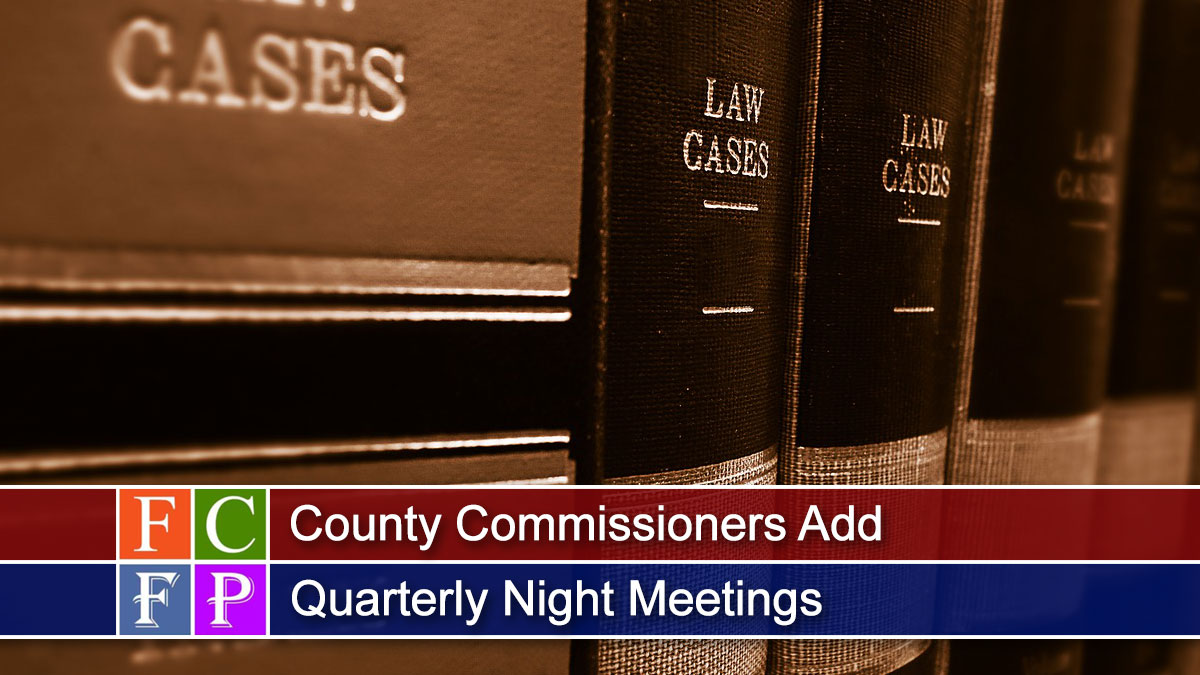 Franklin County Commissioners are adding some night meetings to their 2020 board meeting schedule. Commissioners approved four extra meetings a year, to be held in municipalities outside Chambersburg, the county seat.

Dates and times for the extra four meetings have not been announced yet, but commissioners said they would be held quarterly, at night. The move satisfies a campaign promise by newly elected Commissioner John Flannery to make some meetings accessible to constituents who can’t attend the commissioners twice-weekly daytime meetings.

Commissioners made the decision during their annual organizational meeting Monday morning.

Most of Monday’s business involved election of officers and appointments to various boards.

Commissioners did approve an across-the-board 2.5% salary increases for county employees and elected officials.

Other reorganizational meeting highlights include:

Appointments of Commissioners to Boards

Keller will serve on the Franklin County Soil Conservation District Board, Library Board, Drug & Alcohol Advisory Board, and the Criminal Justice Advisory Board.

Appointments of Community Members to Boards

Staff Report - March 28, 2020 0
The Boy’s and Girl’s Clubs of Chambersburg and Shippensburg are taking proactive steps to continue to serve the kids who need them during the COVID-19 pandemic, online if necessary.

Pets of the Week: Meet Poptart and Wayne