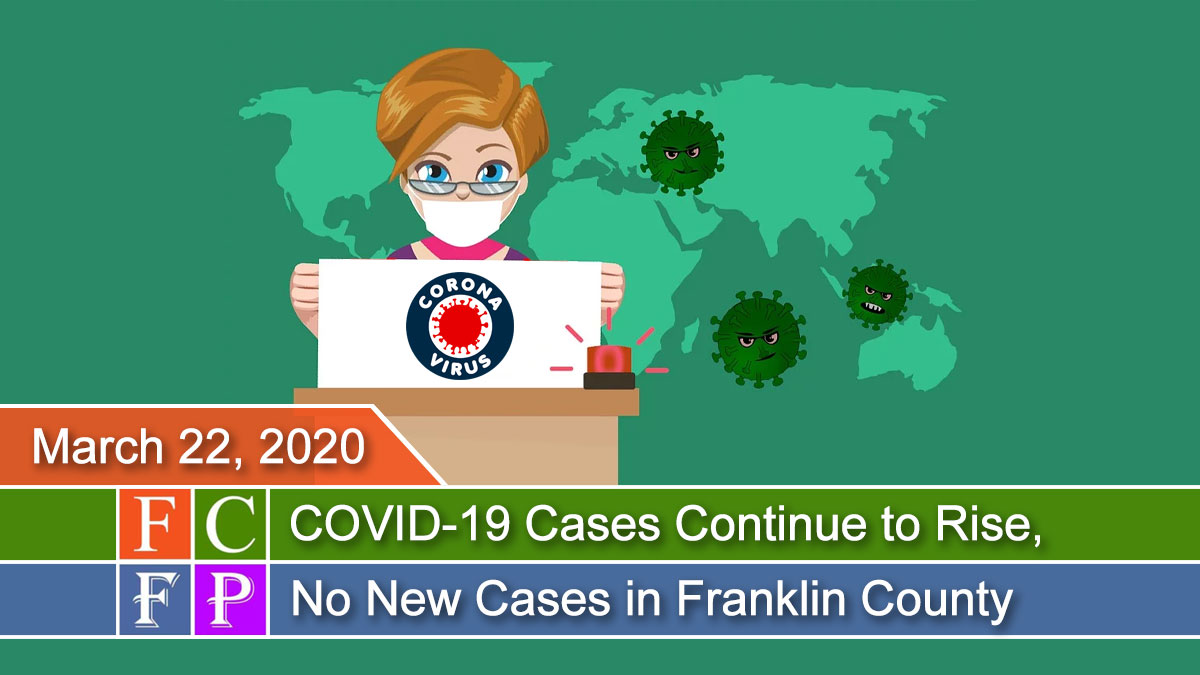 Pennsylvania now has 479 COVID-19 cases, 108 more than yesterday, most of them clustered around the state’s two biggest cities. The respiratory disease caused by the world’s newest coronavirus is creeping across the state, now affecting 33 counties.

Among those are Franklin County and neighboring Cumberland and Adams Counties. Franklin County saw its first case last Friday. So far, that’s the county’s only reported case.

By contrast, Cumberland’s first three cases tested positive on March 13. Within days, the total quickly rose to 11 cases there. There have been no new reports coming from Cumberland in almost a week, however.

Adams County, to the east, has five reported cases. Rural Fulton County, bordering Franklin on the west, has no reported cases so far.

Today’s announcement of 108 new cases across the state indicates the speed of the virus’s spread, especially in Philadelphia and its suburbs. The city now has a reported 91 cases which it’s suburban neighboring county, Montgomery, has 87. Today’s new cases total five more than yesterday’s 103 new reported cases.

Of the state’s 479 COVID-19 cases, 47 have been hospitalized since March 5, state Department of Health Secretary Rachel Lavine said in a press conference today.

In addition to the current 479 cases in the state, Levine said 4,964 people have tested negative for the virus.

“It’s so important that everyone follow the directives,” he said. “Please stay home. Businesses please stay closed. Everyone do their part to help slow the (virus’s) spread.”