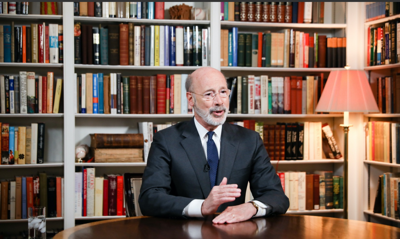 (The Center Square) – Pennsylvania Gov. Tom Wolf extended the state’s COVID-19 disaster declaration for another 90 days. Meanwhile, pending legislation would terminate the order and curtail Wolf’s authority over economic activity across the state.

He will veto the resolution if it gets to his desk, he said.

“Pennsylvanians have done a tremendous job flattening the curve and case numbers continue to decrease,” he said. “Renewing the disaster declaration helps state agencies with resources and supports as we continue mitigation and recovery.”

The move to extend Wolf’s emergency powers will likely further strain his relationship with the Republican majorities in the House and Senate. Those legislators are vocal about reopening the state’s economy faster than Wolf’s phased plan allows.

The House voted 117-85 last week to send a resolution to the Senate that would end the first disaster declaration signed March 6. Wolf says that gives him broad, sweeping powers to shut down businesses and take enforcement action against those who don’t comply.

Some level of economic activity resumes

As of Friday, all of Pennsylvania’s 67 counties will resume some level of economic activity. Social distancing must be practiced and employees receive adequate personal protective equipment.

Republicans argue that the immediate public danger has waned and unrest over rising jobless claims threatens peace and stability across the state. There were more than 2 million of those in Pennsylvania as of Thursday

“The general public is growing increasingly angry about this,” said Rep. Russ Diamond, R-Lebanon, prime sponsor of the resolution. “If this continues, we could see the threat of civil unrest. The possibility of more damage being inflicted on this commonwealth by continuing this emergency rather than terminating is real.”

Democrats have united behind the governor’s decision. They note that the state’s reduction in COVID-19 cases is due, in large part, to his strict mitigation efforts. Others want to preserve the state’s access to federal aid afforded through the emergency declaration.

April 4, 2020
Thanks for subscribing! Please check your email for further instructions.