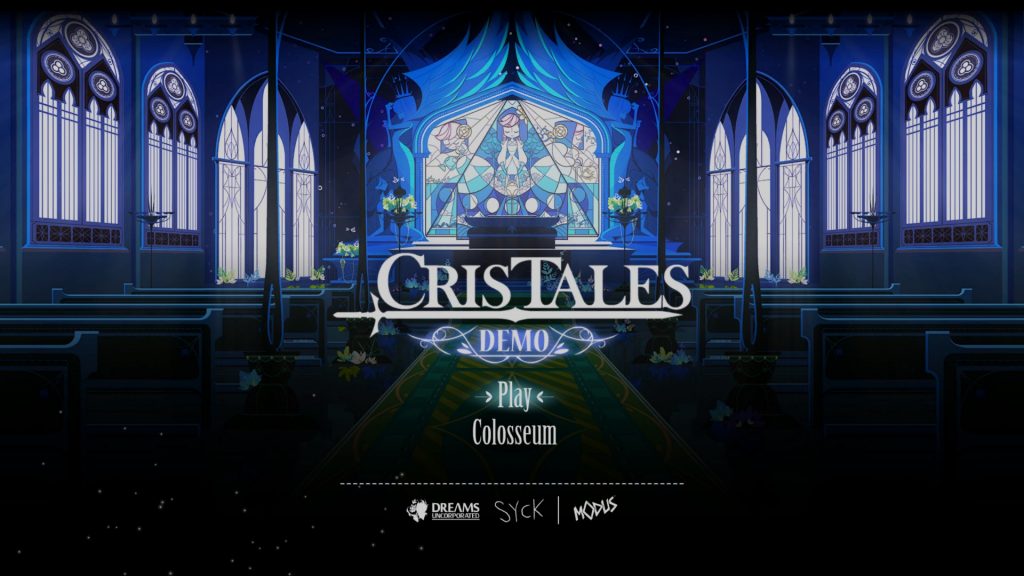 This week we have another hidden gem for you to check out. This one comes from the creative minds at Modus Games and it’s got an interesting take on classic JRPGs.

In fact, you could call CrisTales a love letter to Japanese Role Playing Games.

It’s hard to tell what stands out more in this title, the interesting mechanics or the quirky art style. So lets take some time to lay it all out, one piece at a time.

I know, the concept seems tautological but it isn’t. I’ve seen a lot of artwork that would look better face down in the mud.

CrisTales boasts traditionally animated characters and background in an appealing style. The animation is smooth as butter and the style is akin to a goth Disney with the cuteness turned up to 11.

You’ll notice a lot of themes, both in the writing and in a visual aspect. The writing also reminds me of early Final Fantasy games. While that may be due to the inclusion of crystals as a magic McGuffin, I feel like they’re going deeper with it than just that.

At first it seemed like the combat was going to be pretty standard and boring. You’ve got your standard attack, defend, skills and items options but nothing special or new.

Then, upon fighting the final boss of the demo, things changed dramatically. With the ability to control the enemies position in time, I was able to turn a wet shield into a rusted one that let through my attacks again. This is a literal gamechanger. Something new and fresh in a world of uninventive garbage. Perhaps the most impressive aspect here is the plans to expand on these powers in the final product.

As for the non-combat gameplay, we have some fun and unique aspects in addition to the standard fare. You’ll find yourself talking to NPCS and exploring for chests like any standard RPG. You’ll also be looking into the future and the past to see problems before they arise and solve them in the present.

In an interview with the developers on the games steam page, plans for changing enemy and ally position in the initiative order or prolonging status ailments by shifting the enemy back in time were revealed.

To see what else they have up their sleeves we’ll have to wait for the full release of the game, scheduled for early 2021.

Worth your time or give it a pass?

As it’s a free demo, the only loss here is in time. We have a pretty impressive art style coupled with a unique and innovative gameplay feature with a lot of potential. It’s worth the approximately 1 hour playthrough for the demo to see if it’s something you’ll enjoy.

All I can tell you in the end is that it will be on my wish list until it comes out. You can expect a full review from me then.