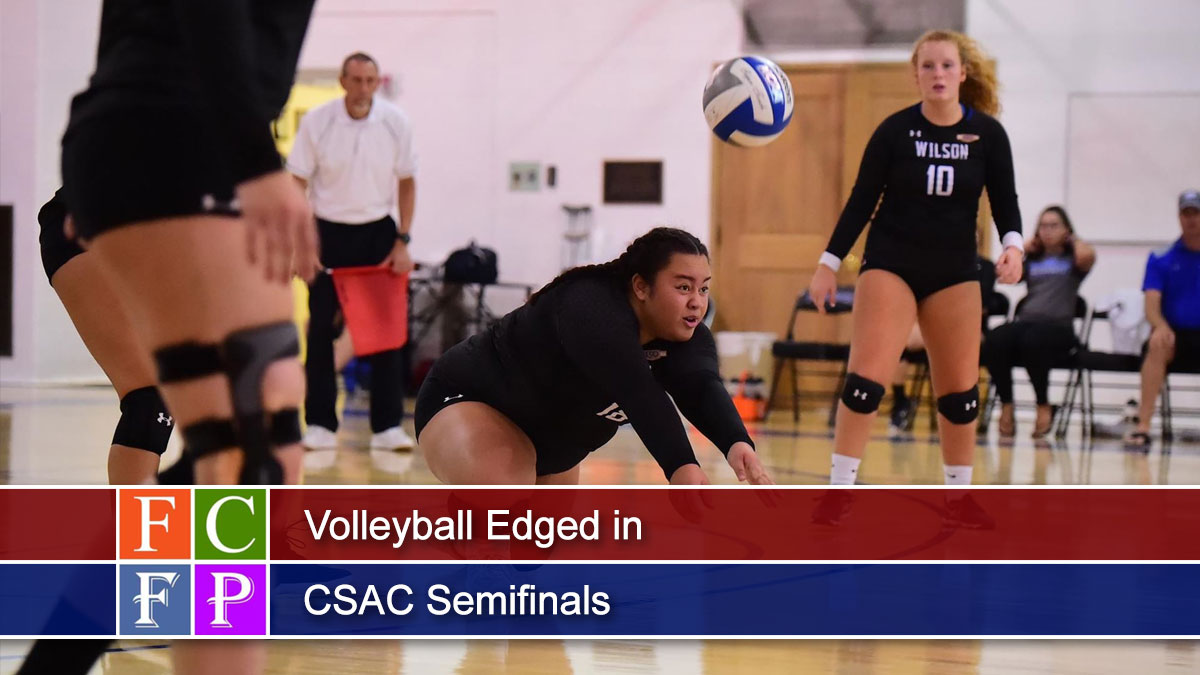 Cedar Crest started the first set on a 7-2 run but Wilson rallied back to tie the set up at 12-12 with an ace coming from junior Sierra Hill (Hagerstown, Md., South Hagerstown). The Falcons pushed the score back in their favor at 16-12. Then they never looked back, closing out the first set, 25-19.

Cedar Crest jumped on another run to push the score to 10-4, early in the second set. The Phoenix battled back and cut the deficit to just four points, with the score at 16-11, but the Falcons finished on a 9-4 run and took the set at 25-15.

in the final set, Wilson took off on a 9-4 run with points coming from Hill, freshman Anika Eigen-Zucchi (Washington, D.C., St. Johns College High School), and sophomore Tioleaoauli Posiulai (Waipahu, HI, University Laboratory School). Both teams would battle as there would be six ties and five lead changes in this set alone. The Phoenix hung in there but could not hang on as they would drop this set, 25-18.

This concludes the season for the Phoenix. This season marks a five-win improvement from the 2018 season.

Raiders Football Drops Senior Day Finale at Home to No. 18...