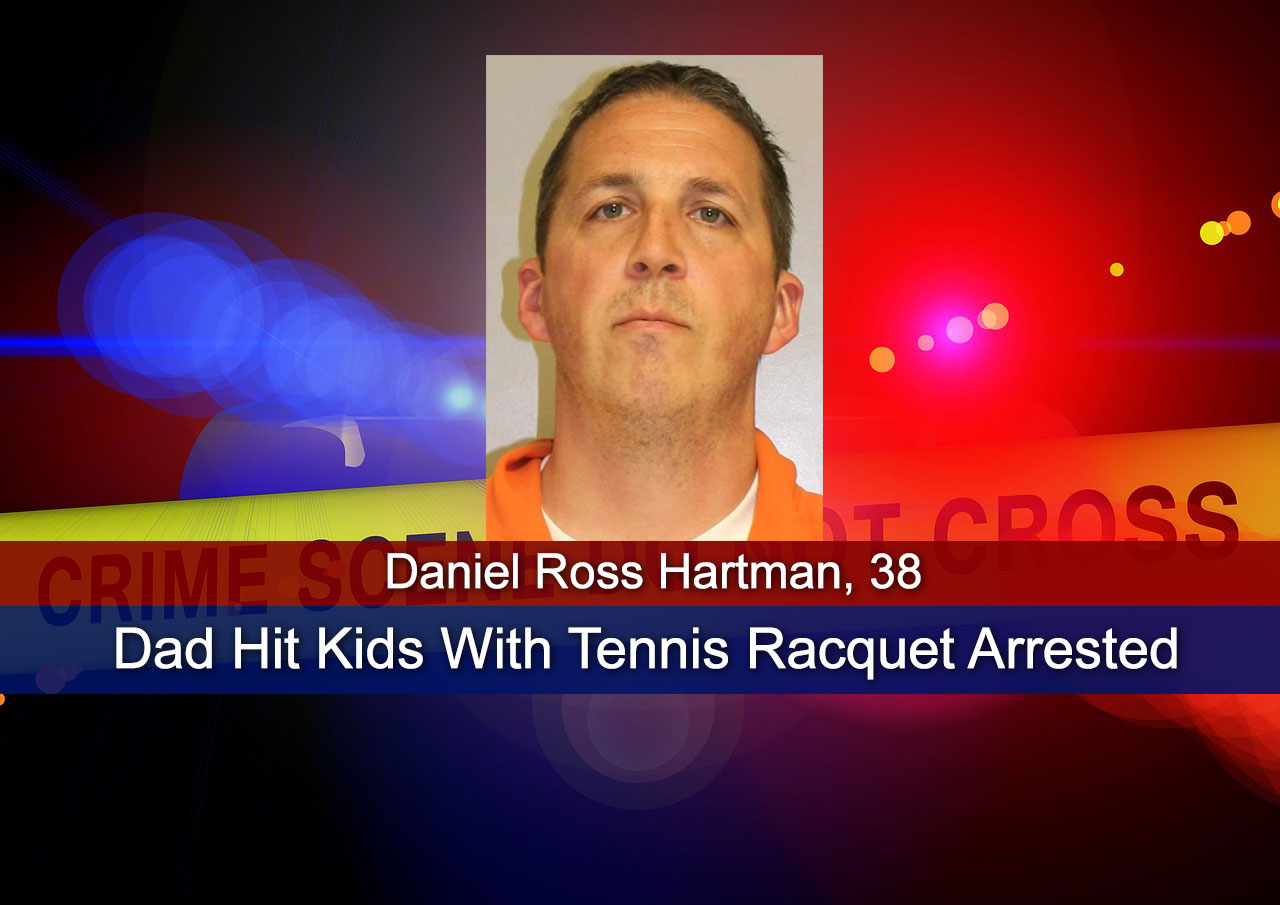 WAYNESBORO — A local man who spanked his two children with a wooden tennis racquet last weekend has been charged with several misdemeanors, including endangering the welfare of children.

Daniel Ross Hartman, 38, of Washington Township, was arrested after his wife filed a report of the abuse with Pennsylvania State Police following the incident.

As of Friday, he was being held in Franklin County Jail, unable to post $25,000 bail.

Jessica Hartman told police her husband became upset Sunday when he couldn’t find a tennis racquet the children had been playing with earlier in the week.

According to court documents, Hartman told the children to look for the racquet, which he wanted to use to kill bees. He allegedly told them if he found the racquet first he would use it to spank them.

His wife told police she intervened and told him he was overreacting. She said she told him not to hit the children.

According to an affidavit filed in the case, both children told the investigating trooper their father was very angry with them and they were afraid of him.

Police said the mother waited until Hartman left the house to call and report the incident.

The officer gave Jessica Hartman a victim’s packet with information about Women in Need Victim Services before leaving the residence.

In addition to the two child endangerment charges, a first-degree misdemeanor, Hartman is charged with two counts each of simple assault and harassment.

His preliminary hearing is scheduled for Tuesday, May 28, in Franklin County Central Court.