A Dauphin County man died this morning during a shoot-out at his West Hanover Township home, Pennsylvania State Police said.

State troopers arrived on the scene and tried to get Shuller to put the rifle down; but he refused and continued to fire. He then turned the rifle on the troopers and began firing in their direction.

The Dauphin County Coroner’s Office was contacted and are assisting in an investigation.​​

PSP has responded to the residence about four times in the past year for disturbance calls or similar calls, a PSP spokesperson said. Shuller was at home alone when he began shooting, and when police arrived on the scene.

Fishing Creek Valley Road was closed to traffic all morning and into the early afternoon.

It is standard Pennsylvania State Police policy to assign a member who has been involved in an officer-involved shooting to administrative duties while the incident is under investigation. 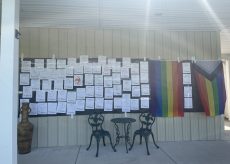