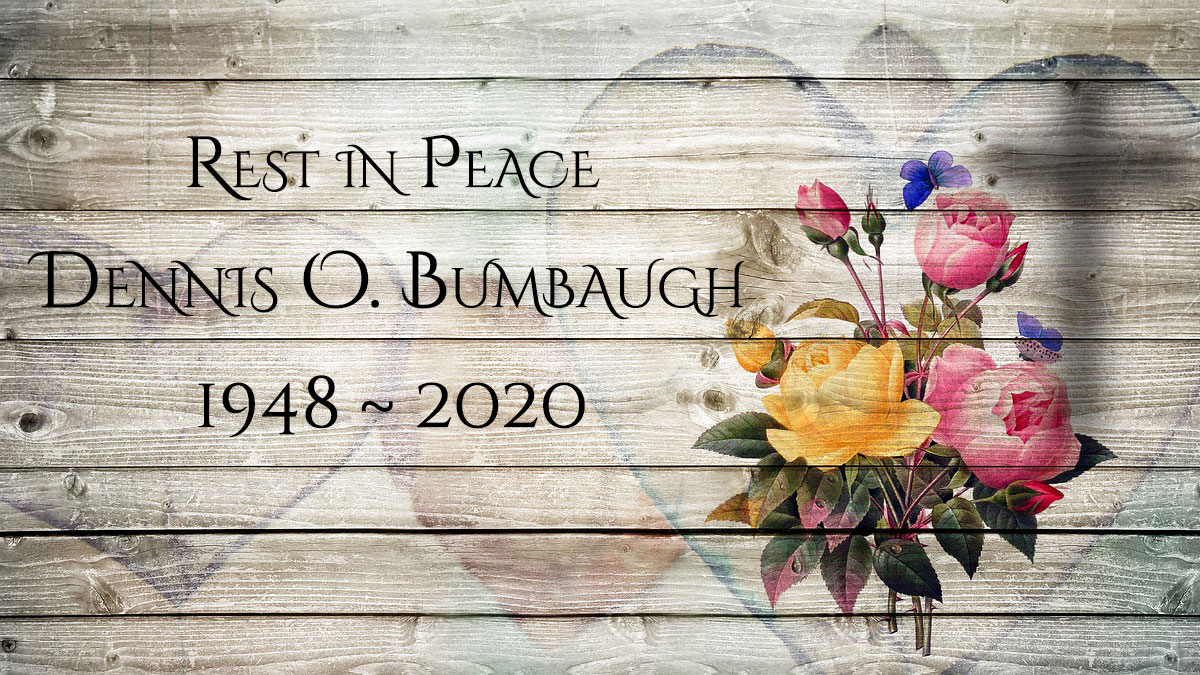 Born August 6, 1948 in Chambersburg, PA, he was the son of the late James E. and Lydia M. (Gossert) Bumbaugh. He grew up in the Pond Bank area and graduated from Chambersburg High School.

Dennis was a mechanic and had been employed at Grove Manufacturing, LCJ Auto, and Bumbaugh’s Auto Sales.

He married the love of his life, Ruby D. (Butler) Bumbaugh in December of 1967 in Hagerstown, MD. They enjoyed 55 years of marriage before Ruby passed away December 27, 2017. He had missed her greatly ever since.

Besides time spent with Ruby, he loved time with his family and being mechanically inclined, he liked to work on cars and watch NASCAR. He was also a Steelers football fan and enjoyed watching the games on television as well as baseball and wrestling.

He is survived by one son, Dennis L. Bumbaugh of Chambersburg; one granddaughter, Rashel Bumbaugh, Chambersburg; a step-grandchild, Austin Rhone; his siblings: Barry Bumbaugh and his wife, Rachel of Mont Alto, PA and Tina Mills of Greencastle, PA; sister’s in law: Linda Bumbaugh and Bonnie Bumbaugh and a number of nieces and nephews.

In addition to his parents and his wife, he was preceded in death by brothers, Glen Bumbaugh, and Ray Bumbaugh; his brother-in-law, John Mills and nephews: Bryan “Beanie” Bumbaugh, Ray “Gene” Bumbaugh, Jr. and Kenneth “KB” Bumbaugh.

Funeral services will be private at the convenience of the family. Grove-Bowersox Funeral Home, Waynesboro, PA, is handling the arrangements.

On-line condolences may be expressed at bowersoxfuneralhomes.com.