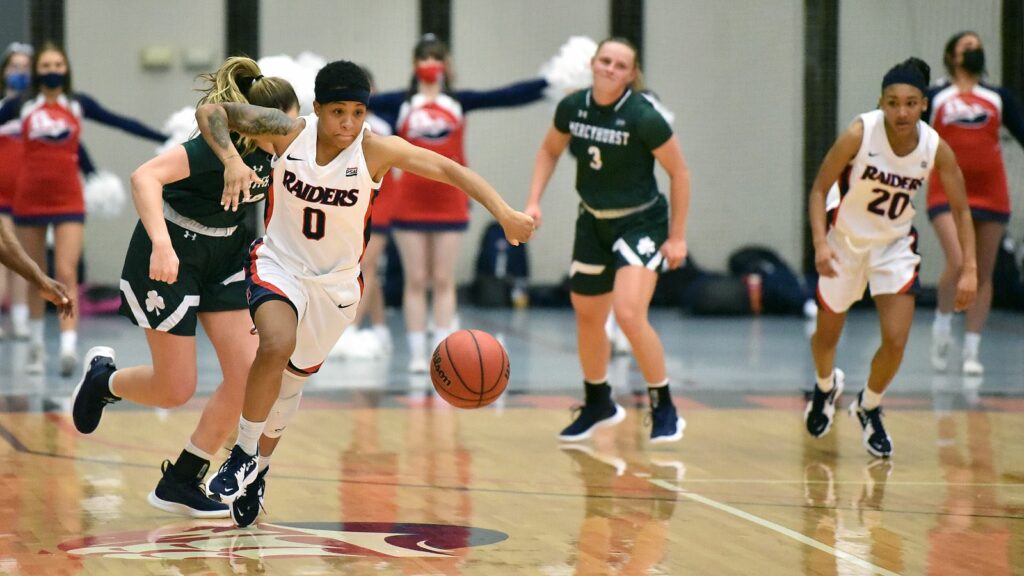 Shippensburg (5-2, 1-0 PSAC) used a 7-0 run late in the third quarter to take a nine-point lead; maintaining that lead into the final 10 minutes. SU led by 13 points with 5:37 to play; but Mercyhurst (1-5, 0-1 PSAC) rallied with five three-pointers in the final quarter to make it a one-possession game in the final minute.

With 13 seconds remaining, the score 78-75 and Mercyhurst seeking to tie, senior Destiny Jefferson (Scranton, Pa./West Scranton (West Chester)) stole a pass; she dribbled a few seconds off the clock before sinking two free throws to seal the game.

Junior Lauren Pettis (Harrisburg, Pa./Susquehanna Township) finished with 16 points, shooting 6-of-9 from the field. Sophomore Treasure George (Harrisburg, Pa./Bishop McDevitt) had 15 points – she was 3-of-3 from three-point range in the first half.

Junior Lauren Mills (Lancaster, Pa./Lancaster Catholic) finished with 10 points and a matched a team high with seven rebounds. Off the bench, freshman Ali Hauck (Winchester, Va./Millbrook) had seven points and seven rebounds. All of Hauck’s rebounds came in the first half.

The Lakers got a game-high 23 points from Julia Buchman, who made five of Mercyhurst’s 10 three-pointers. Emily Shopene had a double-double of 17 points and 11 rebounds.

Mercyhurst opened the game on an 8-0 run, but the Raiders used a 10-0 run over a 90-second span of the first quarter to gain a brief lead. A couple of Laker three-pointers late in the frame gave the visitors a 25-24 edge after 10 minutes. The majority of the second and third quarters were played within four points until SU’s late third-quarter run.