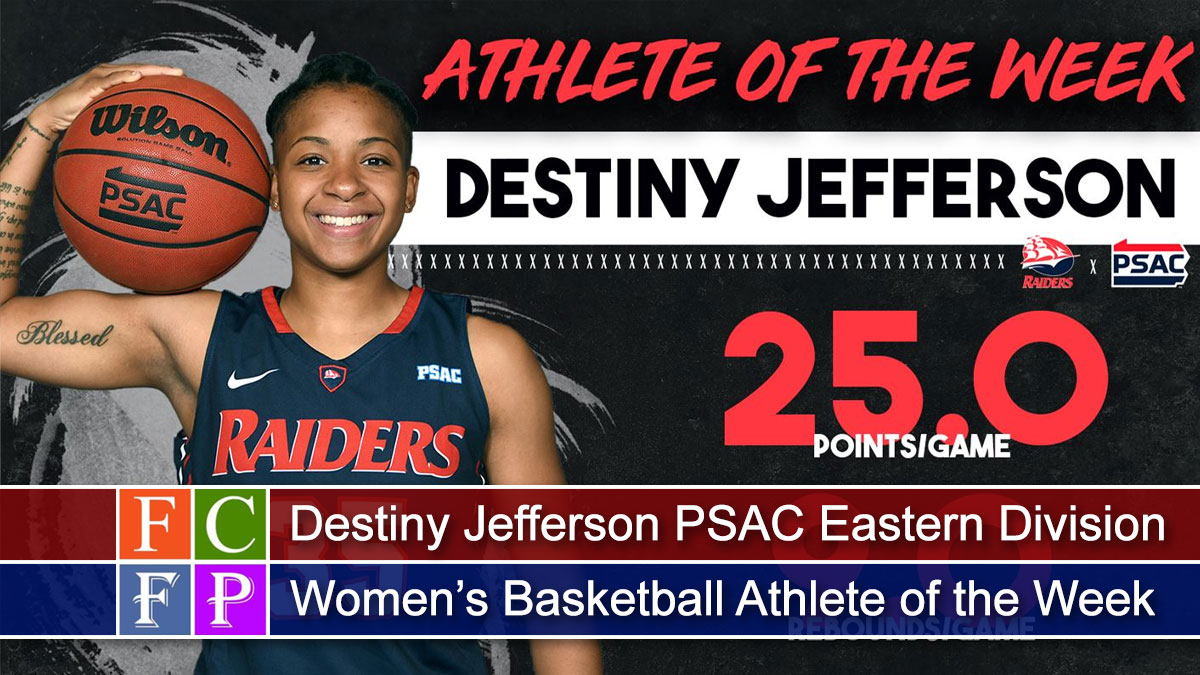 Jefferson, SU’s point guard, averaged 25.0 points and 9.0 rebounds per game this week, going 18-of-20 (90.0 percent) at the free-throw line as the Raiders capped off the week with a defeat of first-place East Stroudsburg on Saturday.

She entered the week with one 20-point game this season, but scored 25 in each of SU’s last two games.

On Wednesday at West Chester, in a close loss, Jefferson scored a season-high 25 points on 7-of-18 shooting. Jefferson was 3-of-7 from three-point range and 8-of-9 at the free-throw line in achieving her 16th career 20-point game. She also had nine rebounds and three assists, finishing just shy of a double-double.

On Saturday at East Stroudsburg, in a close win, Jefferson equaled that season high with another 25 points, including a driving layup to put the Raiders up by one point with 11 seconds left. She equaled a career high with 10 free throws, finishing 10-of-11 at the free-throw line. She also grabbed nine rebounds, again narrowly missing a double-double, and had three assists.

Jefferson is the second Raider to receive the PSAC East Athlete of the Week award this season. Ariel Jones has been honored three times this season (Nov. 11, Dec. 2, Jan. 7).

Staff Report - June 27, 2020 0
Ray was a self-employed dairy farmer prior to his retirement. He was a member of the Chambersburg Church of the Brethren.

Meet Norman and Hendrix, CVAS pets of the week

Dreaming of being a nurse

Take a hike: Flocking to the wilderness

January 28, 2020
Thanks for subscribing! Please check your email for further instructions.