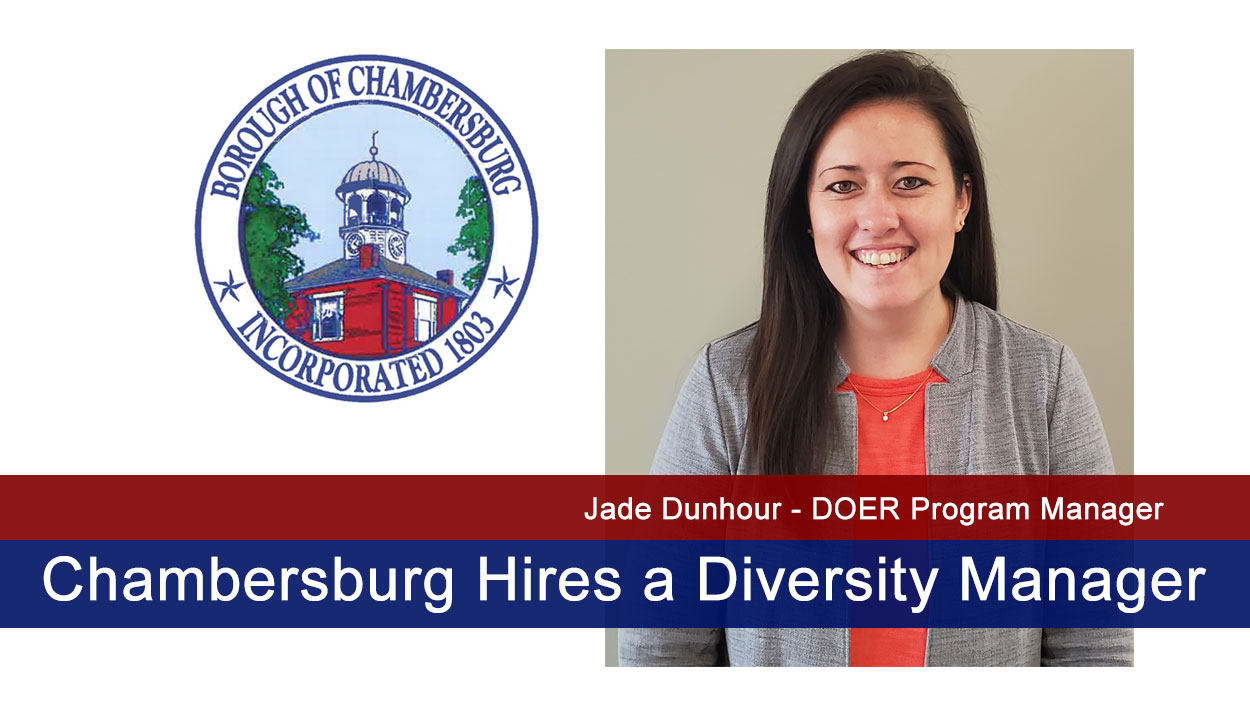 CHAMBERSBURG — A bilingual Greencastle woman was hired by the Borough of Chambersburg this month to lead an effort to bring diversity to the town’s workforce.

Jade Dunhour has been given the title of DOER Program Manager, short for Diversity, Outreach, and Employment Resources.

She will be tasked with helping the Borough meet three important goals:

She will recruit and retain highly talented young people to become the workforce of the future.

Dunhour will also be expected to engage citizens throughout the community to explain the role, purpose, and mission of Borough government.

Another important part of her job will be to develop and implement programs for community outreach, social interaction, community engagement, and communication in order to grow “Next Generation” community leaders.

Dunhour has a masters degree in teaching English as a Foreign Language, a Bachelors in Spanish Linguistics, and has worked in Chambersburg as an interpreter, youth coach, volunteer, and Spanish teacher.

She said she has “always had a heart” to help her community and enjoys working with diverse groups in an environment that encourages individuals to take intellectual and creative risks.

“My goal is to ignite a spark of passion for our community, especially within our youth, so that young leaders are nurtured and developed with the assistance of supportive and experienced role models from the Borough,” she said.

The DOER position was discussed for many years but was only created as a part of the 2019 Budget adopted by Town Council in December 2018.

Under the supervision of the Borough Manager, the DOER is a part of the Personnel and Payroll Office of the Administrative Services Department.

A committee was appointed to recruit the DOER and the Borough received 39 applications for the position, according to Borough Manager Jeffrey Stonehill.

After several interviews and tests, Dunhour was the unanimous recommendation of the search committee, he said

“Jade was an outstanding candidate and the perfect mix of passion for the community and young people, he said. “Her knowledge and experience will aid us significantly in developing this new program area over the next few years.”

Staff Report - May 29, 2020 0
Mr. Fry served many years as a delegate with the Maryland Classified Employees Association and six years on the Washington Township Municipal Authority Board, three of those years as chairman.