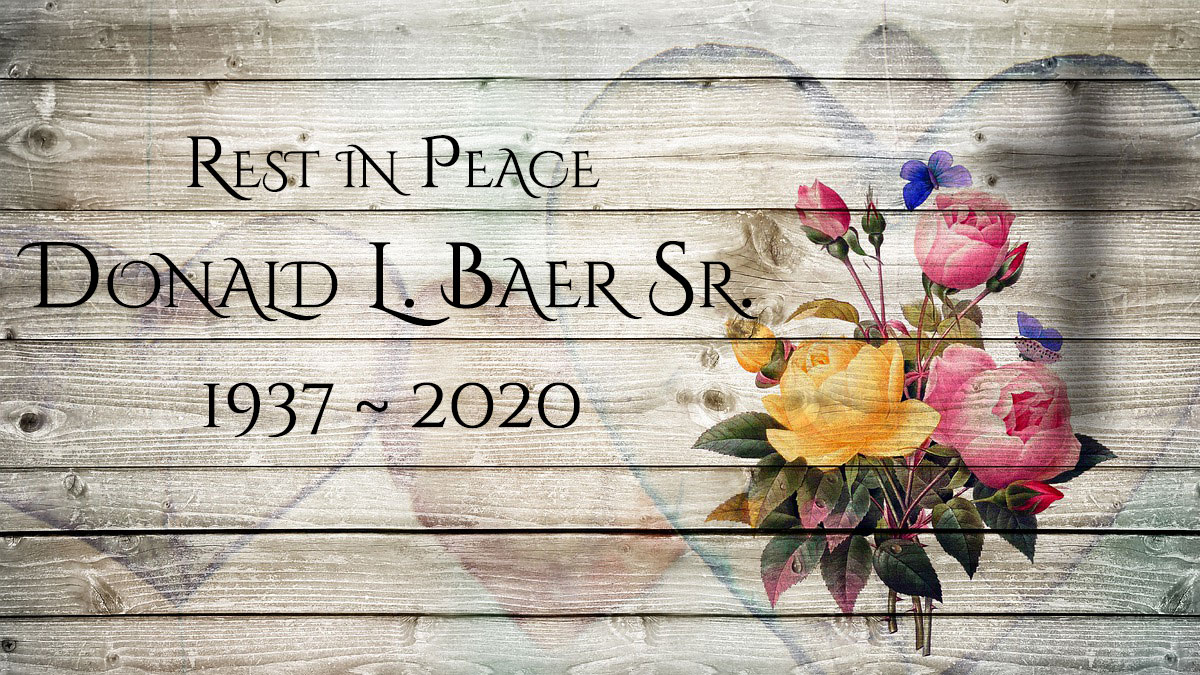 He was preceded in death by his wife, Esther J. (Davis) Baer.

He attended King Street Church where he loved sitting with his children.

He was a member of the Teamsters Union. In his early life, Donald worked at the Bob Mickey Department Store in Mercersburg, a butcher at Sunnyway Foods in Greencastle, then a tractor trailer driver for Roadway Express, Hagerstown MD from 1973 until his retirement on March 1, 1999.

He was titled ‘Pappy’ by his coworkers because he would pick up his paycheck driving a station wagon with all of his kids. He was also called ‘Boxcar Pappy’ when an Amtrak Train crashed through his tractor trailer.

After retirement, he kept busy helping his brothers, Raymond (Yogi) Baer at Seller’s TV and Appliances, Glen Baer at Napa Auto Parts, and helped at R&D Contractors. His favorite restaurant was Jason‘s Pizza in Bangor ME. He loved any kind of motor sports, car shopping, fishing, football, baseball, walking, puzzles, family vacations and the beach.

Donald lived for his family. They were his life. He loved spending time with his kids, grandkids and great-grandkids. He enjoyed doing anything that involved them. His favorite shows were Andy Griffith and The Three Stooges. His favorite movie to watch with his kids was The Wizard of Oz.

His children would like to personally thank everyone at Shook Home for taking wonderful care of Donald for the past eight years and being very accommodating to the family.

The funeral service will be held at 11am, Tuesday February 18, 2020 at Sellers Funeral Home with the Rev. Ronald Cook officiating. Visitation will be from 10 to 11 prior to the service at the funeral home.

Burial will be in Parklawns Memorial Gardens. Memorial donations may be made to Shook Home, 55 S. Second St., Chambersburg PA 17201.

Staff Report - April 7, 2020 0
John is remembered as a generous, hardworking father as well as a devoted husband who loved spending time with his grandchildren. His steady presence and strong will were an inspiration to all who knew him.