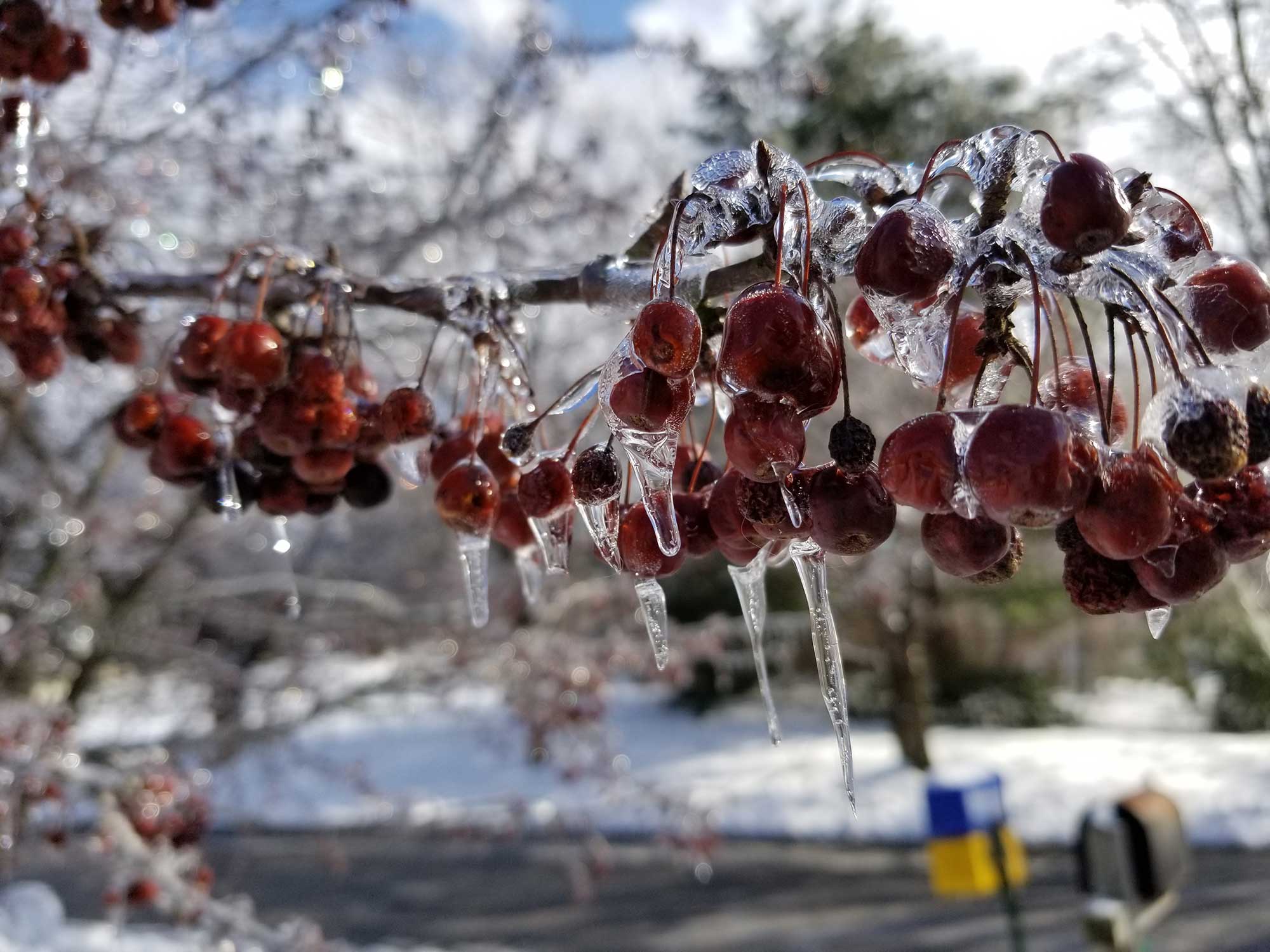 FRANKLIN COUNTY, February 11, 2019 — Punxsutawney Phil might have predicted an early spring when he didn’t see his shadow earlier this month, but Old Man Winter apparently didn’t get the word, or at least he doesn’t plan to slink away quietly .

Local residents woke up this morning to slick roads and one and three inches of wet, heavy snow on the ground.

Schools, senior centers and libraries across South-Central Pennsylvania closed today and could remain closed tomorrow if the area gets the ice and sleet predicted tonight and tomorrow morning.

While last night’s snowfall wasn’t heavy in most areas of the county, it was wet, creating slick, dangerous road conditions, especially on secondary roads.

The National Weather Service predicts heavy snow this afternoon with the high (33°F) hovering at or just above freezing.

We could get another two to four inches of snow before nightfall.

Tomorrow might be a real problem for motorists or anyone needing to be out and about, thanks to freezing rain and sleet predicted for tonight.

The one to three inches of ice predicted to accumulate before morning will just be a base for more to come Tuesday morning in the form of freezing rain.

The good news is that rising temperatures in the afternoon will turn the nasty slush into rain.

Even then, we won’t be escaping winter’s frigid grip most of this month, according to NWS.

Snow, mostly in the form of night time flurries followed by rain, could continue through the end of the month.

Wilson College in Chambersburg opened two hours late this morning and announced “a liberal leave policy” was in effect for the rest of the day.

Here is the National Weather Service’s forecast for the rest of this week:

Staff Report - July 5, 2020 0
She was an avid reader, who enjoyed crossword puzzles, word searches, and spending time with her family. She also loved traveling to the beach and visiting historical landmarks.

June 3, 2020
Thanks for subscribing! Please check your email for further instructions.